The later the US Federal Reserve is in reacting properly to inflationary developments, the greater the likelihood that it will have to hit the policy brakes hard, causing market turmoil and unnecessary economic pain. The Fed must now do two things quickly.

CAMBRIDGE – It took way too long, but key officials at the US Federal Reserve have finally acknowledged that for months they mischaracterized an inflationary surge that has proven larger and more persistent than they expected. That recognition is welcome, especially given the likelihood that inflation will remain uncomfortably high in the coming months. The challenge now, not just for the Fed but also more broadly for the United States and other major economies, is to navigate a policy terrain in which communication and implementation have been rendered significantly more complex by a fundamental misreading of inflation as “transitory.”

That initial characterization of inflation earlier this year was understandable. From March to May, in particular, strong base effects were at work, because inflation in the year-earlier period had been suppressed by the lockdown of the global economy in response to COVID-19. In addition, policymakers hoped that markets would quickly resolve the initial mismatch between robust demand and lagging supply as the economy continued to open up.

By summer, it was clear to some of us that such transitory factors were being accompanied by longer-term issues. Firms were detailing the persistent nature of the disruptions in their supply chains. Labor shortages were multiplying, adding to the cost-push drivers of inflation. Few, if any, companies expected these two issues to be resolved any time soon – and said so on one earnings call after another.

But, rather than revisit its initial inflation call in light of the data, the Fed doubled down. Transitory went from meaning a few months to a few quarters, with some commentators and officials even embracing the concepts of “extended transitory,” “persistent transitory,” and “rolling transitory.” In the process, they lost sight of the analytics of a transitory phenomenon.

Something transitory is widely regarded as temporary and quickly reversible. As such, economic agents – whether consumers, producers, or wage earners – see no reason to change their behavior. Instead, they “look through” the phenomenon.

But by the end of the summer, it became clear that behavior on the ground was changing, especially as inflation continued its steady ascent (to 6.2% for the headline consumer price index in October and 4.1% for the core personal consumption expenditures price index, the Fed’s preferred gauge). Yet, consistent with classic behavioral traps, the Fed remained wedded to a transitory concept, with Chair Jerome Powell insisting again in the last week of November that “inflation will move down significantly over the next year.”

Many rightly note that the Fed does not have the tools to unblock supply chains or increase labor-force participation. But if the Fed had maintained even longer this transitory inflation mindset, it risked unleashing another strong driver of future price increases – that of unanchored inflation expectations. And while this would not mean a return to the double-digit inflation rates of the 1970s, it would result in the persistence of inflation rates significantly above what the economy and financial markets are safely wired for.

The later the Fed is in reacting properly to inflationary developments, the greater the likelihood that – by having to hit the policy brakes hard – it will end up being the main cause of the transitory inflation pattern on which unfortunately it had bet part of its credibility. But in being proved right in this way, the Fed would risk a damaging domestic recession, market volatility, and destabilizing spillovers for the global economy.

Such a pattern is familiar to economic historians. Caught behind the inflation curve, the Fed scrambles to tighten monetary policy abruptly, hitting demand hard and pulling the rug from under firms that are looking to hike prices and keep them high. Many workers lose their jobs, robbing labor of its bargaining power. And markets go through bouts of destabilizing illiquidity, risking adverse spillbacks to an already struggling economy.

This risk scenario is particularly worrisome for more vulnerable segments of the population. Having already had to deal with higher prices that affect large portions of their weekly budgets, they would also face the risk of unemployment and the income loss that comes with it. Besides the unnecessary damage to economic well-being, there would also be negative sociopolitical and institutional effects.

It is therefore encouraging that, on the very last day of November, Powell made a sudden inflation U-turn and stated that it was time to “retire” the transitory characterization. The Fed must now follow up by doing two things quickly. First, as part of an urgent effort to regain the credibility that is essential for its forward policy guidance and operational independence, it should publicly detail why it got its inflation call wrong and what is being done to avoid similar slippages in the future. Second, the Fed must move a lot faster in tapering its monthly asset purchases. Easing its foot off a stimulus policy accelerator that is still essentially in a “pedal to the metal” mode will help to mitigate the risk that the Fed will have to slam on the policy brakes in a disorderly manner in mid-2022.

Mohamed A. El-Erian: President of Queens’ College, University of Cambridge, is Professor at the Wharton School, University of Pennsylvania, and the author of The Only Game in Town: Central Banks, Instability, and Avoiding the Next Collapse, Random House, 2016.

END_OF_DOCUMENT_TOKEN_TO_BE_REPLACED 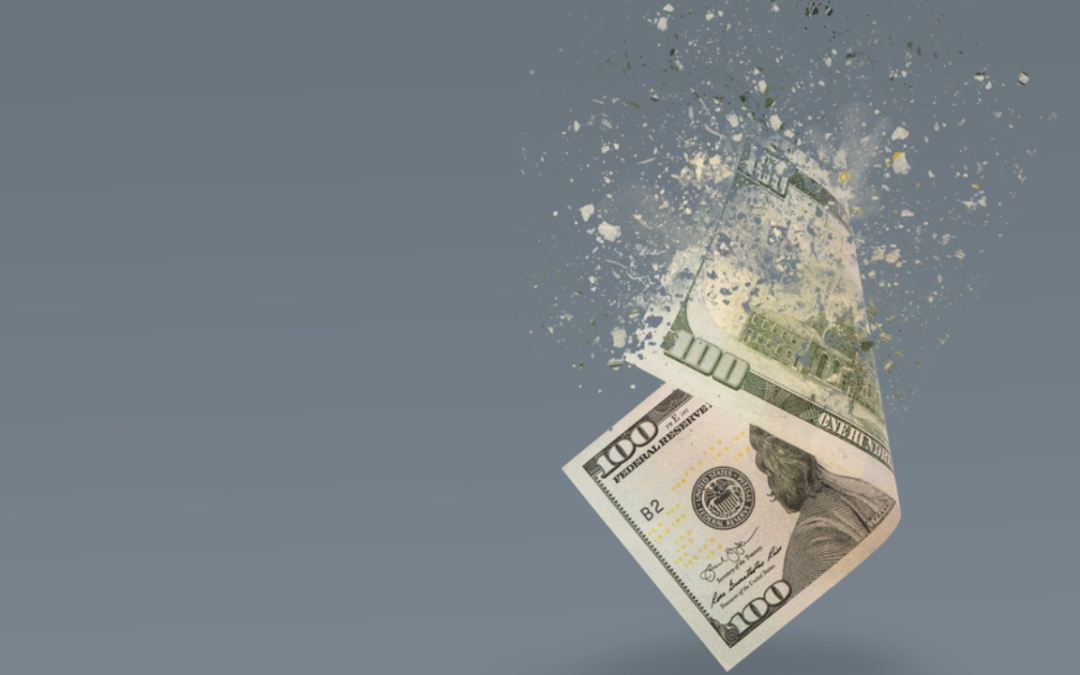 QE is ending and QT is starting — is it time to prepare for temper tantrums?