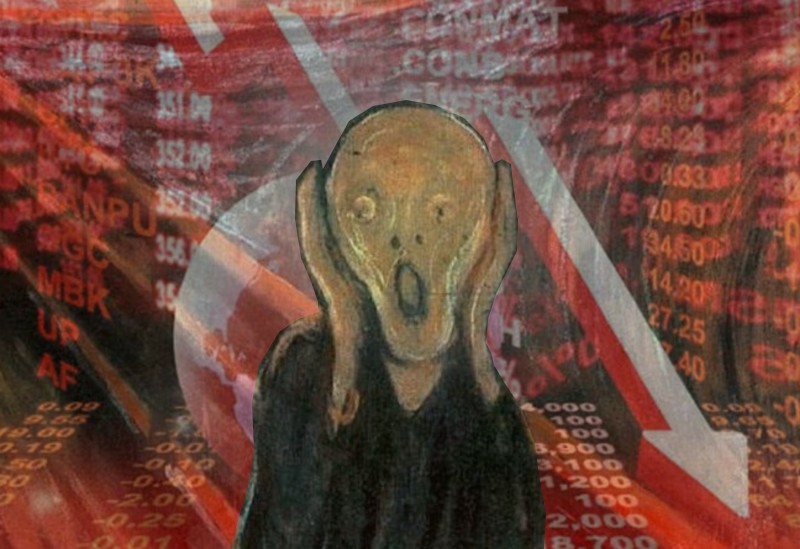 Over the past decade, and even more notably in recent months, stock markets appear to have de-coupled from fundamentals. Or have they? In what follows, we take a closer look.

In the decade since the global financial crisis, world-wide economic growth has been lacklustre compared to much of the post-war period. From 1947 to the end of 2008, US annualised GDP growth averaged 3.4% compared with 2.1% from 2009 to 2019. Yet over the past ten years global equity markets have soared, with the MSCI world index racking up a gain of 247%. On the other hand, bond markets have responded in textbook fashion, with yields falling as growth has slowed.

Matters have only become more peculiar since the outbreak of the coronavirus pandemic. In the initial ‘fear phase’, markets experienced setbacks even worse than during the global financial crisis or in other big sell-off events. Meanwhile, economists issued ever-more dire forecasts for collapsing growth and rising unemployment. US jobless claims jumped an unprecedented 26 million from early March to late April. In the space of just a few weeks, more jobs were lost than had been created in the preceding decade. Yet, incredibly, by the end of March stock markets had quickly reversed and blazed higher. From March 23 to June 16, global equities advanced by over 35%, recovering most of their Covid-19 declines.

Why have equity markets become seemingly impervious to fundamentals? Do investors even need to do their homework anymore, or should they simply buy and hold?

Ironically, the roots of today’s unusual markets lie in the prevailing state of economic stagnation that preceded the arrival of the coronavirus, along with the policies that attempted, but largely failed, to address it.

Secular stagnation theory, initially greeted with scepticism, now enjoys wider acceptance. Ageing populations result in shrinking workforces, inequality suppresses consumption and a lack of genuine and diffuse innovation following the 1990s internet revolution are among the many sources of slowing trend growth. Exacerbating matters has been the absence of innovative policy responses, with ever greater reliance on progressively easier monetary tactics. The sorts of policies that might actually address the fundamental causes of secular stagnation, such as increased immigration (to alleviate worker shortages), tax reform aimed at income and wealth redistribution or greater investment in maths and sciences (i.e., ‘STEM’) education are seemingly too difficult to pursue.

Now, beset by the pandemic, governments everywhere are turning even more inward, with global co-operation ebbing to new lows amid a ‘me-first’ scramble for protective medical equipment and then an un-coordinated re-opening of economic restrictions and borders.

Rushed fiscal expansion also appears designed to support pre-existing economic structures, rather than focused on longer-term investments to drive change for how the world may have to adapt. As in the 2008 financial crisis, it falls on central banks to try to pick up the slack, which they have largely done, for the moment, by loosening monetary policy conventionally and unconventionally.

For investors, the unfolding events and policy responses have had the effect of supporting global equities via two mechanisms, the equity risk premium and net present value.

Low or even negative interest rates have created a yawning gap between the yields on stocks and bonds, offering nearly a 4% bonus for US large capitalization stocks in the S&P500. Market participants dub that effect TINA—there is no alternative (to stocks).

Alongside TINA is a more nuanced support mechanism, net present value (NPV). NPV is a finance-based approach, valuing an asset based on its future expected cash flows using prevailing interest rates to discount them. For those companies with promising futures, today’s ultra-low to zero interest rates have a disproportionately beneficial effect as they discount those future earnings back to very high net present values. Growth stocks, including technology stocks, shine, whereas cyclical sectors or old-world industries, including in financials, energy, basic materials or industrials, which face a risky and uncertain present and less-promising futures, are not as appealing.

The unsettling conclusion is that secular stagnation, which the Covid-19 pandemic is likely to exacerbate, will continue to promote investor rotation to select growth stocks, but also asset allocation moves into stocks overall given the paucity of attractive alternatives. This encourages all investors to take on more risk, even conservative pension fund, which should be a source of concern to policy makers.

It is inevitable that the market will suffer setbacks—short-term news and shifting perceptions of how the virus and science will evolve are sure to leave their marks on asset prices along the way. But depressed discount rates are unlikely to change much, provided that central banks keep pumping liquidity into the financial system.

Lastly, we can hope that the corrosive impact of secular stagnation and, perhaps, the catalyst provided by Covid-19 disruption, will catalyse new thinking about how to promote sustainable and higher rates of growth in the future. Out of crisis often emerges opportunity. It would be a shame if the only opportunity on offer were manifest in just a few currently well-positioned investment plays. Far better for an inclusive growth story to emerge from the broader malaise we are confronted with today.

Julian Howard is Head of Multi-Asset Solutions at GAM, where he manages approximately $2bn of investments across equities, bonds and alternatives for a diverse client base including institutions, charities, private clients and retail investors.

← Protests, Violence and America’s Democracy
The Pandemic Must End Our Complacency →

116 Responses to Has the market lost its “mind?”

Shifting human behaviors to more sustainable outcomes can be informed by the targets we set for ourselves. Quality, not quantity, is the promise for today’s and future generations. END_OF_DOCUMENT_TOKEN_TO_BE_REPLACED

The recent weakening of the US dollar can be explained by near-term market forces rather than any epochal shift. END_OF_DOCUMENT_TOKEN_TO_BE_REPLACED

Flagging growth, depressed earnings, the risk of rising Covid-19 infection rates and unprecedented US election risk are forces that not even the Federal Reserve may be able to offset. END_OF_DOCUMENT_TOKEN_TO_BE_REPLACED