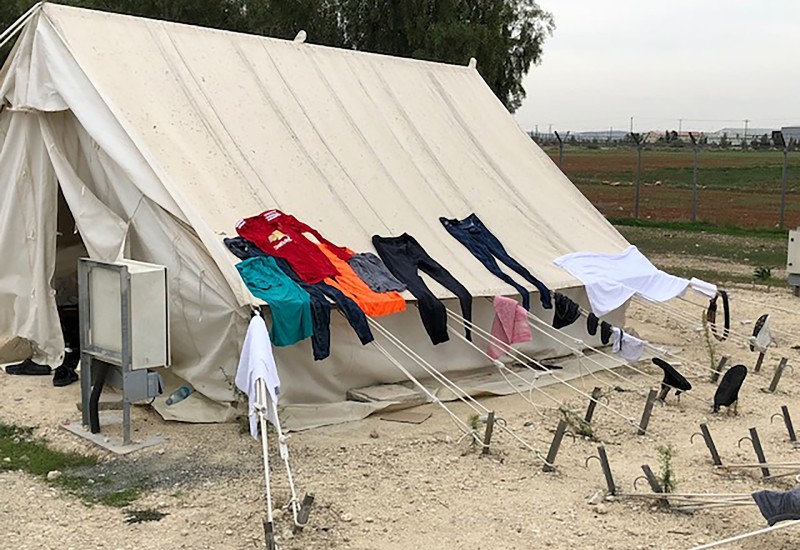 Earlier this month, six boats carrying Syrian and Lebanese migrants set sail from northern Lebanon and attempted to dock in Cyprus. That might not sound like much, yet it is six times more than the total number of migrant vessels that have embarked for Cyprus from Lebanon over the last year. A fast boat can cover the 100 nautical miles between Tripoli and Cape Greco, a rocky outcrop in the southeast of the island, in six hours. And with Lebanon’s government in shambles, these calm, largely unpoliced waters are a smuggler’s dream.

Gone are the days when conspiracy theories could be dismissed as the preserve of UFO chasers and hard-core anti-Semites. Thanks to today’s technologies and irresponsible political leadership, the paranoid style has gone mainstream – and global.

Because the boats are small, only a few dozen people have made the trip so far. Already, though, the Cypriots have responded in a legally dubious manner. Violating the United Nations’ 1951 Refugee Convention and the non-refoulement principle, Cypriot authorities block the boats at sea and return the “economic migrants” to Lebanon, claiming they have an agreement with the Lebanese government.

In fact, Cyprus is simply unprepared for a new influx of refugees. Its prison-like migrant camps are already overcrowded, and its asylum system is a thicket of Byzantine bureaucracy and convoluted laws. Processing an asylum application currently takes 3-5 years. And while the government has recently tried to legislate its way out of the mess, concerns about refugee rights and due process remain.

Despite the outpouring of public support for Lebanon following the massive port explosion in Beirut last month, there is little willingness in Cyprus or elsewhere to accept additional refugees. And yet the situation in Lebanon has become increasingly precarious. On September 10, another massive fire broke out in Beirut’s ruined port, deepening the angst of an already traumatized country.

Although geopolitical conditions in the eastern Mediterranean are rarely calm, they have grown increasingly heated in recent months, even by regional standards. Lebanon’s politicians remain fully beholden to foreign masters and are effectively holding the country’s domestic politics hostage to regional geopolitical subterfuge. As a result, Lebanon has suffered a series of economic crises, and the government has grown so desperate that it tried last year to impose a tax on WhatsApp messages.

Then came last month’s explosion, which destroyed large quantities of the country’s food stocks and dealt a near-fatal blow to people’s spirits. While many countries, including Cyprus, have been quick to respond with humanitarian aid, medicine, food, and help with infrastructure repairs and capacity-building measures, it will take sustained international support over many years to restore what has been lost.

In the meantime, the COVID-19 pandemic will continue to exacerbate the effects of Lebanon’s fractious internal politics, susceptibility to external pressures, and economic disarray. This perfect storm could well trigger a mass exodus of Lebanese citizens, not to mention the millions of displaced Syrians and Palestinians who have found a tenuous refuge in the country.

Worse, with the international community distracted by the pandemic, Turkish President Recep Tayyip Erdoğan is pursuing a neo-Ottoman project to expand Turkey’s influence in the region, waging proxy wars, claiming gas fields, converting museums into mosques, and threatening Europe with new waves of migrants. With Greek Prime Minister Kyriakos Mitsotakis taking a firm stand and challenging the presence of Turkish surveyor ships in contested waters, Cyprus has been caught in the crossfire.

The political dynamics are no less tense within the European Union, where the Brexit negotiations are in disarray, and border closures in response to the pandemic have called into question the future of the EU’s passport-free Schengen area.

With cold weather expected to exacerbate the COVID-19 pandemic, and a hard winter posing possible challenges to Lebanon, it would be wise for Cyprus, Greece, Turkey, and the EU to begin preparing for a potential next wave of refugees from the Levant. In the worst-case scenario, migrant movements across freezing seas and frozen territories would combine with the ravages of a COVID-19 winter wave, producing even greater humanitarian challenges in the eastern Mediterranean.

Preparation now by local, regional, national, and international authorities could mitigate such a crisis. Our own experience in Cyprus, along with that of others globally, is that innovative approaches that leverage technology and recognize the agency of migrants in co-creating practicable solutions are the best way to support them. The SDG Impact Accelerator’s work with refugee entrepreneurs in Istanbul showcases the true potential of this approach.

And while sweeping new strategies may not be possible in the near term, the EU can at least start allocating substantial emergency funds to support local and national authorities in the eastern Mediterranean. In Cyprus, and possibly in some of the easternmost Greek islands, refugee reception camps could be furnished with the necessary essentials and expanded to enable the maximum possible physical distancing. And temporary staff and translators can be hired to help speed up the asylum process.

Beyond basic operational readiness, location-specific humanitarian aid and information campaigns are needed in northern Lebanon, Cyprus, Greece, and across the EU, where the media should cover the issue in ways that evoke public empathy. Cyprus and Greece will need to be able to place their trust in the principle of European solidarity, which requires refugees from Lebanon and the greater Levant to be resettled proportionally in other EU member states. And any arrangement will need Erdoğan’s blessing, given that Turkey controls Northern Cyprus.

Between a potential migration crisis and the escalation of regional tensions, the situation in the eastern Mediterranean is more fraught than it has been in years. Should it unravel, Europe would face dire consequences for security on its southeastern flank. The EU must rise to the challenge and find common ground for regional cooperation. The recent fire that destroyed the Moria migrant camp on the Greek island of Lesbos is a stark reminder of how quickly the current semblance of stability can go up in smoke.

The authors are currently conducting a systemic analysis of COVID-19’s impact on migrants in Cyprus for Project Phoenix. Tina Mykkanen is the fourth researcher involved.

Hrishabh Sandilya is Director for Development at Project Phoenix.

Kyriaki Chatzipanagiotou is a Cypriot security analyst and researcher.

Sarah Morsheimer is a researcher for Project Phoenix and Global Law Scholar at Georgetown University.

One Response to The New Eastern Mediterranean Crisis

Rather than obsess over tax rates, investors should consider more broadly how economic, policy and political factors will shape the market outlook in the years ahead. END_OF_DOCUMENT_TOKEN_TO_BE_REPLACED

The S&P 500 is down more than 7% in September, the Dow Jones 6% and the Nasdaq Composite more than 10%, into correction territory.  END_OF_DOCUMENT_TOKEN_TO_BE_REPLACED

US President Donald Trump has seeded the investment environment with uncertainty, trashed America’s trade relationships, blown up the fiscal deficit, and left American workers worse off than they were when he took office. He is the polar opposite of Joe Biden, a politician who understands precisely what the US economy needs. END_OF_DOCUMENT_TOKEN_TO_BE_REPLACED