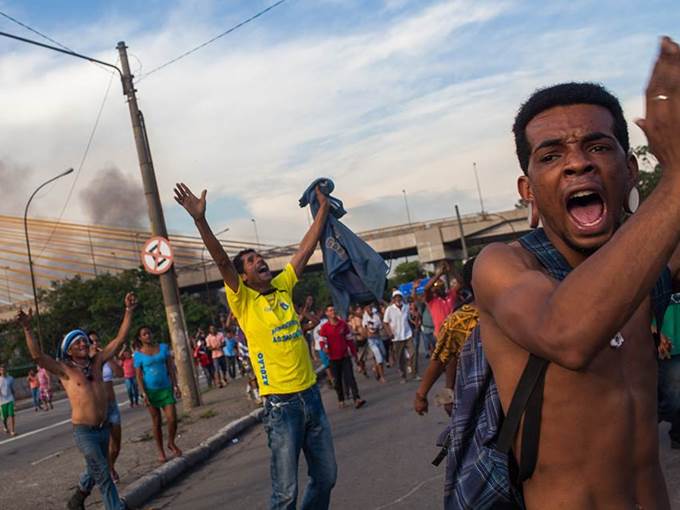 The world’s political and economic leaders have ranged far and wide in search of reasons for the recent spike in global financial volatility. But they should focus closer to home: Politics is largely to blame – not only in the West, but also in China and emerging markets from Brazil to Russia.

LONDON – Twenty-four years ago, in the midst of an ugly US presidential campaign, Bill Clinton’s campaign manager neatly summed up his candidate’s message: “It’s the economy, stupid.” Today, as investors struggle to understand what is driving extreme volatility in the financial markets, there is an equally pithy explanation: It’s the stupid politics.

Central bank policies have moved from supporting the markets to potentially destabilizing them. Now markets are turning to structural reform and fiscal policy for assistance. In this light, current price movements should be viewed through the spectrum of geopolitics. And it is not a nice view.

Nowhere is this more evident than in the oil markets, where prices have collapsed, with both Brent and Crude now hovering around the $30-per-barrel level. The extent of oil’s fall, and consequent deflationary fears, is cited as a major factor behind overall market turmoil. In January, the correlation between crude oil prices and the S&P 500 reached the highest level since 1990.

It has become increasingly clear that supply dynamics, rather than falling demand, explain the drop from $110/barrel since the summer of 2014. The shift to competitive pricing implied by the breakdown of Saudi Arabia’s monopoly power, together with OPEC’s desire to counter the threat from US shale energy, drove the first downward move. Likewise, the recent lifting of sanctions on Iran, and the resulting increase in global oil supply, prompted a further 9% price drop over a matter of days.

These supply dynamics are shaped by politics. Daily headlines about potential coordinated measures by the key oil-producing countries fuel oil-price volatility and define risk appetite across financial markets. Yet the politics is so confused that coordination appears unlikely, at best; the Iranian oil minister recently described a potential OPEC production freeze as a “joke.” Iran’s parliamentary elections augment the uncertainty.

Aside from oil, the other popular explanation for today’s market tumult is the economic slowdown in China, which many investors have cited as the reason for slumping equity prices this year. But the slowdown, reflecting China’s transition from investment-led to consumption-driven growth, was widely expected, and the 2015 growth figure of 6.8% was within forecasts.

The real problem has been self-inflicted policy errors by China’s political leaders. An ill-advised intervention in the equity markets in July 2015, followed by a poorly communicated exchange-rate adjustment in August, led investors to question the competence of policymakers.

These concerns have grown since the beginning of the year. Currency policy remains confused, while newly introduced (and soon withdrawn) stock-market circuit breakers have accelerated market falls, as investors try to sell shares before liquidity disappears. Moreover, purchases by state-owned financial institutions, together with bans on sales by large institutional shareholders, cannot remain permanent features if the market is to be truly free. Expected leadership changes – six of the seven members of the Politburo Standing Committee will be replaced over the next 18 months – will only exacerbate uncertainty.

Labile politics are increasingly driving outcomes in other emerging markets as well. In Brazil, the government struggles to balance its populist agenda with lower commodity prices, dwindling growth, and persistent inflation. Moreover, a corruption scandal has paralyzed reform. Small wonder that Brazil’s stock market has fallen 28% since last May.

In Russia, too, politics has aggravated the negative oil-price shock. Western sanctions have contributed to an already slowing growth trajectory, and are threatening Russia’s ability to raise debt capital in global markets. The ruble has plummeted 130% since 2014 began, and GDP in 2015 contracted by 3.7%.1

Yet Russia is a star performer compared to Venezuela, where President Nicolás Maduro’s government has overseen the economy’s total disintegration. Indeed, analysts are declaring the country is past the “point of no return.” Even the relatively dynamic India is struggling, as its exciting reform agenda is challenged by social protests.

In Europe, the efficacy of the European Central Bank’s monetary policies is waning as the political scene becomes increasingly fragile. In the United Kingdom, polls show the June 23 referendum on continued European Union membership will be extremely tight – an obvious threat to market stability, reflected in the immediate sell-off of pounds.

Meanwhile, the migration crisis threatens Germany’s government; splits are now deepening within Chancellor Angela Merkel’s party, which is losing popular support. The unilateral decision by Austria and nine Balkan states to block the flow of migrants across their borders has fueled political turbulence. The migrant crisis will have far-reaching ramifications, including the potential destruction of the Schengen zone.

In Southern Europe, Spain’s recent elections were inconclusive, and the absence of a stable government could derail an economic recovery that gained traction in 2015. Meanwhile, the Italian government’s bank bail-ins have fueled volatility, with leading banks experiencing extraordinary one-day stock declines. The damage to Prime Minister Matteo Renzi’s reputation for reliability has prompted fears of renewed political turmoil.

Turning to Japan, the strength in equities since Prime Minister Shinzo Abe took office has been founded on his “Abenomics” strategy’s “three arrows”: monetary stimulus, fiscal stimulus, and structural reforms. The Bank of Japan has launched one arrow, expanding the monetary base to ¥80 trillion ($710 billion) and more recently adopting negative interest rates. But momentum has faded considerably, as investors wait for the structural reforms needed for sustained improvement in economic, and market, fundamentals.

In the US, deep voter frustration has fueled Bernie Sanders’s leftist bid for the Democratic Party’s presidential nomination and the astonishingly vitriolic campaign waged by Donald Trump. With Trump’s lead for the Republican Party’s nomination widening following the “Super Tuesday” primaries in ten states, financial markets, which seek stability and predictability, are struggling to find it in the politics of the world’s largest economy.

History may not repeat itself, but let’s hope it finds its rhyme. Back in the 1990s, the US economy stabilized and then surged forward, driven by accelerating productivity and abetted by sound monetary and fiscal policy. But economies may prove to be easier to mend than today’s dysfunctional politics, which may be part and parcel of the “new normal.”

← Cheap oil forever? Not so fast.
The Fed’s Gamble on Surplus Labor →

28 Responses to The Politics of Financial Volatility 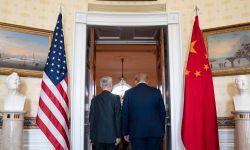 The past four years of US protectionism and unilateralism will serve as a lasting reminder of how not to conduct trade policy in the twenty-first century. The Trump administration has utterly failed to achieve any of its stated objectives, and the incoming Biden administration will have to act quickly to repair the damage. END_OF_DOCUMENT_TOKEN_TO_BE_REPLACED

Promoting recovery with all tools – monetary, fiscal and public health – should be the sole macroeconomic priority of the Biden Administration, as well as for governments in Europe and Japan. It is time to jettison fiscal orthodoxy. END_OF_DOCUMENT_TOKEN_TO_BE_REPLACED

For ESG investing to succeed, it needs recognition of its normative underpinnings and approaches that incorporate human, not algorithmic, decision-making. END_OF_DOCUMENT_TOKEN_TO_BE_REPLACED