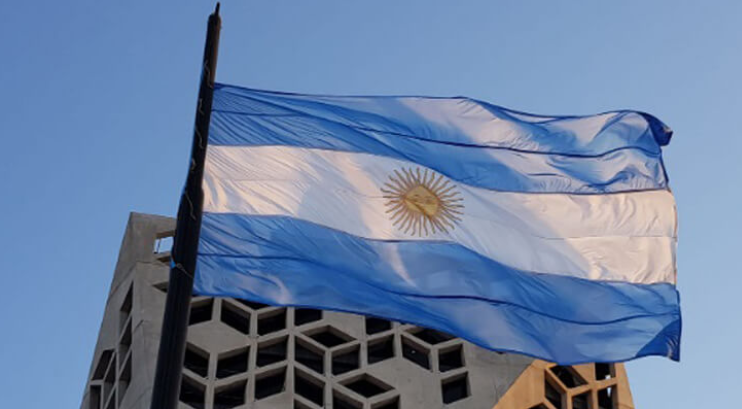 Argentina is in the news again. And yes, it might default on its sovereign debt again. By some counts, this would be its ninth default in its modern history. The drama is unfolding in the next few weeks. The clock started ticking on Friday May 22nd when Argentina failed to make a $500M bond payment. Negotiations are in full swing between the government and creditors to reach a restructuring deal. The game is on, the result uncertain. There is hope a deal will be reached with the help of pressure from the IMF.

The picture was bleak a few months ago before the pandemic struck and now it is bleaker. But the situation is not hopeless.

Just like the rest of the world, Argentina has been suffering from the COVID-19 pandemic, but the result so far has been “better” than in other places. After almost three months from the first case detected, Argentina has had fewer than 600 total deaths. Compare this to 100,000 in the U.S. or 25,000 in Brazil. Even when controlling for the population, it’s a low number. Argentina has 10 deaths per million while the U.S. has 300, and Italy, 540.

The main reason its pandemic response has been so effective is due to the early, mandatory national lockdown that began on March 20th when Argentina had just over one hundred cases. Travel restrictions were put in place, borders closed, and movement curtailed. Schools and universities were also shut down countrywide. In a nation with a rebellious bent, the lockdown has been taken well with few protests and massive compliance. Google mobility reports show 70-80% decrease in activity. These policies have not only flattened the COVID-19 curve, but drastically slowed the spread of the virus in many regions. Some provinces and small cities are practically virus free and returning to some degree of normalcy. Buenos Aires and other major cities are still in lockdown and although new cases are rising, the numbers are relatively low – about 500-700 daily. Argentina’s healthcare system hasn’t been overwhelmed.

The government used these past two months on lockdown to bolster an under-resourced health system, in many districts doubling intensive care beds, building emergency hospitals, turning hotels to makeshift healthcare units for mild cases, securing respirators, COVID-19 tests,  protective gear, and training medical staff. Safety protocols have been set up and supply chains have mostly been maintained with few out of stock items in stores and supermarkets. Additionally, Argentine scientists have developed their own fast COVID-19 detection kits in less than 60 days. These kits are already in production.

On the economic front, the Argentine government has been quick to shore up the fallout from the lockdown. It has set up an emergency income fund for informal workers that will reach 11 million Argentines, provide a bonus to their main transfer social programs and hand out food and basic items to millions. It has also directly paid 50% of the salaries of many small businesses, up to 1.2 million workers, and set up zero interest loans for some businesses and independent workers with government backing. There have been more than a few hick-ups along the way, including scandals, but the health result is clear: fewer deaths compared with other countries at the same stage and no major resistance to the draconian health measures.

All these economic measures have helped Argentina, its workers and businesses avoid massive death tolls, the total collapse of its economy and widespread unemployment. Job losses have risen, but the relative numbers pale next to the United States.

Yet, the economic pain is massive and deep. National tax revenue was down 30% in real terms in April while government expenditures rose 50% due to the costs of the emergency measures.

Economic activity has plunged, with whole sectors shut down by the government decreed lockdown (construction, service providers, tourism, retail), and others hard hit by people staying home. During the first month of the national lockdown, according to economist Marina Dal Poggetto, a typical day saw 40% less economic activity than before the lockdown. The IMF projected a 5.7% drop in GDP, and that is probably optimistic given the lockdown is likely to go on for a number of additional months in the main cities.

But, COVID-19 driven economic probems need to be contextualized against Argentina’s difficult history. Poverty has been high in Argentina for decades; 2019 ended with a 35% poverty rate due in part to the slow motion crisis of the last two years of Macri’s government and the longest transition of power in Argentina’s history. There are no current estimates, but given that close to a third of the Argentine economy is informal and has been decimated by the lockdown and the pandemic, we can expect poverty rates to increase considerably in the following months.

The Argentine Central Bank has footed the bill so far, printing money as needed and will likely continue to do so until the crisis ends. But, as the saying goes, there is no free lunch. The pandemic combined with the impending debt default means that the gap between the black market dollar and the official dollar went from $65 official and $85 on black March 20th, to $70 official and $124 black on May 27th. It is worth remembering that Argentina is de facto a bi-monetary economy. Transactions are in pesos, but savings and major ticket item accounting is in U.S. dollars.

Argentina has little choice other than to print money. Credit markets are all but closed, there is no real national savings and tax receipts will continue to decline. Yet printing money won’t be painless for Argentina. With an inflation rate of 54% in 2019 and this level of expansion in the stock of money, Argentina is navigating very dangerous inflationary waters.

Old and new saviors are unlikely to come to Argentina’s rescue this time around. Agricultural commodity prices have declined and will stay low for some time as world demand falters and as the U.S. unloads grain reserves stockpiled during the U.S.-China trade war. Vaca Muerta, the huge shale oil deposits that were Argentina’s best hope to secure hard currency and energy independence, is all but dead given the decline in the price of oil and the economic uncertainty in Argentina. Brazil, one of Argentina’s main trade partners, is undergoing considerable economic and political turmoil. The Mercosur trade alliance is shaking and Bolsonaro hates the new elected government of Argentina.  Moreover, Brazil is now experiencing extreme growth in its COVID-19 curve, and has the second largest count of infections worldwide.

Even if Argentina avoids a debt default, its recovery will be slow and the danger of runaway inflation high. The great challenge now is navigating between the economic slowdown caused by the pandemic and the dual pressures of inflation and the exchange rate.

But never count Argentina out. Argentina has been in and out of major economic crises many times during the past 100 years. This has created resilience and flexibility, inventiveness and also resources: Argentines have US$300 billion in cash and assets sitting outside of the Argentine financial system – close to the amount owed by Argentina to external and internal creditors.

The best possible scenario for Argentina and its creditors is a deal to restructure the debt. Both will be worse off if they don’t. To avoid an inflationary spiral, Argentina has to minimize money printing without leaving the poorer sectors to suffer unfairly from the lockdown. Many sectors, for example, have negotiated temporary wage reductions of between 10 to 25% during the lockdown, but government employees in non-essential areas have not, even though government revenue has plummeted. The gap between the official and the black market dollar needs to be reduced now to avoid a sharp future jump in the future that creates inflationary pressures. The government also must avoid excessive price freezes and distortions that drive government deficits through subsidies and future sharp price increases.  And of course, it is paramount for Argentina to continue the efforts made under the earlier government to better integrate itself into the world economy.

In a break from its’ past practices, Argentina did the responsible thing when faced with COVID-19 and accepted short-term pain to protect its citizens from widespread death. We shall now see whether it can replicate this wisdom on the economic front.

Martin is a former academic turned entrepreneur in education, medicine and technology. He studied Philosophy at Princeton and received his PhD in Sociology from Yale. After 6 years as a professor at Cornell and NYU Buenos Aires, he started Tipitap, where he has been creating Digital Products in education and healthcare for the past 10 years. Tipitap won Best App in iTunes Rewind Education, and Best International Company at Launch EDU. His current venture DermicVR creates virtual reality experiences to distract from painful and stressful medical procedures such as blood draw and vaccinations.

← The Future of Global Power
Globalizing the Fight Against the Pandemic →

98 Responses to The View From Argentina

Shifting human behaviors to more sustainable outcomes can be informed by the targets we set for ourselves. Quality, not quantity, is the promise for today’s and future generations. END_OF_DOCUMENT_TOKEN_TO_BE_REPLACED

The recent weakening of the US dollar can be explained by near-term market forces rather than any epochal shift. END_OF_DOCUMENT_TOKEN_TO_BE_REPLACED

Flagging growth, depressed earnings, the risk of rising Covid-19 infection rates and unprecedented US election risk are forces that not even the Federal Reserve may be able to offset. END_OF_DOCUMENT_TOKEN_TO_BE_REPLACED