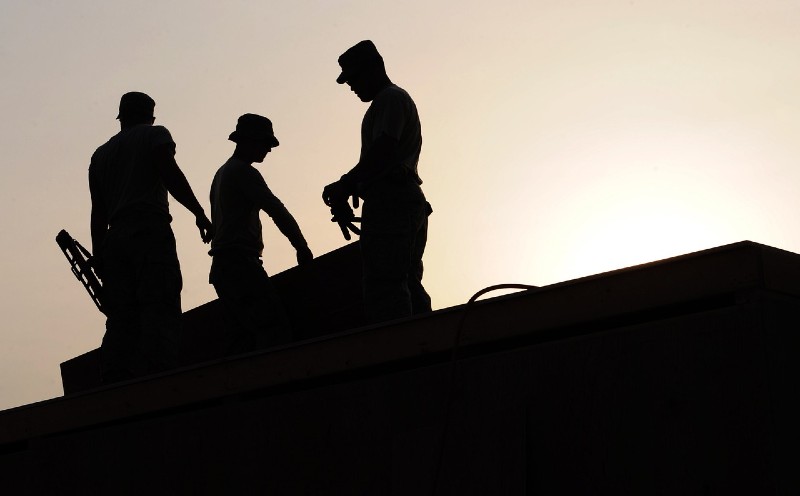 It was all very predictable. The mood of fanfare and almost universal applause that greeted the launch of the big bazooka COVID-19 support regimes has not taken long to sour.

Just as, to quote Von Clausewitz, no battle plan survives contact with the enemy, contact with reality hasn’t been kind here either. To be fair, if the primary goal was “shock and awe”—administering a whopping psychological amphetamine shot to halt the global stock and bond market rout in its tracks—it has more than delivered. After plunging 40% in March, the Dow is back within spitting distance of pre-crisis highs.

But as for stemming a catastrophic tsunami of layoffs and bankruptcies, it clearly isn’t going so well. Granted governments had days at best to scramble into action. However, the issues that have emerged could have been foreseen, given the experience of 2008 where, in the words of Mohammed El-Erian, we won the war against an economic depression, but failed to secure the peace of high, inclusive and sustainable growth.

The big battalions, with their armies of lawyers, lobbyists and professional form-fillers, have elbowed to the front of the handout queue, while small businesses most needy of help are dying on their feet. Roughly 30 million Americans have filed for unemployment benefit claims as businesses have shuttered, many perhaps for good.

Firstly, government schemes rely heavily on loans, albeit underpinned by state guarantees, to carry most of the load of providing liquidity, even though the last thing a business needs, when cash flow has evaporated overnight, is debt it can’t possibly repay.

Secondly, governments have relied on existing banking systems which, despite post-2008 reforms, are more concentrated than ever, and far happier writing big checks to fund leveraged takeovers or doling out “low risk” home loans and consumer credit rather than extending credit to a highly fragmented and volatile small business sector.

Thirdly, governments have insisted on subjecting loans to a viability test. This is understandable. No-one wants government largesse wasted on zombie companies that deserve to fail. But apart from throwing grit in the approval process, viability tests have trapped otherwise healthy businesses in a bizarre Catch-22,  where risk-averse banks won’t lend to them because they have no cash, yet it is precisely because they have no cash that they need the loans.

True, some of these early missteps have been addressed. In the UK, a requirement that banks take 20% of the risk has been scrapped and the list of participants has expanded to include fleeter-of-foot neo-banks and fintechs, who can shift money faster out the door.

The disinfectant of publicity has also been at work. Businesses like ShakeShack, the Los Angeles Lakers or English Premier League soccer clubs have belatedly cottoned on that tapping taxpayer dollars to fund pay-outs to managers, players and rich owners is not a good look.

There is, however, a more fundamental question at stake.  After three decades of prioritising profit and efficiency over other considerations, governments are asking market-driven, highly financialised institutions to suspend their pursuit of profit in favour of wider social goals.

To pause normal economic activity to focus on safeguarding life and public health, is one thing. But opinion is moving in favour of a more permanent, even tectonic shift, towards a radically different kind of economy, one that has a bigger place for community, that better rewards front-line workers, and that provides more generously for education, health, clean air, decarbonisation and other public goods.

The begging bowl isn’t going to disappear quickly. If anything, demands on government will increase as companies struggle to adapt to a very different normal, just as pressure to repay debt coincides with public expectations of higher social spending and popular resistance grows to higher taxes and a tightening of belts.

As the backstop source of cash, capital and ultimately equity, as well as the consumer of last resort, governments cannot abdicate vital decisions over the allocation of capital and spending within the economy entirely to profit-centred banks and financially-driven private investors. Not if they want to prioritise the welfare of all of those who elect them, their economic, financial well-being as well as their health.

Governments currently have their hands full with the public health crisis. But gradual relaxation of lockdowns takes us into a new phase, which offers an opportunity to reset.

In the Global Financial Crisis, governments forced banks to deleverage, taking equity stakes in institutions that couldn’t access funds anywhere else.  Voices from across the political spectrum are today calling for government to step in more widely to save capitalism from itself. A similar deleveraging—but also different set of priorities—will be required across the private sector if society is to build greater resilience against potential future shocks.

Financial repression—holding down the cost of debt to below the level warranted by inflation, private sector real returns and risk premiums—appears inevitable to deal with the public and private debt burden that was already fast building and will only get worse.  Also coming down the track, are higher labour costs and pressure to re-shore productive capacity. These all imply massive transfers of wealth from asset owners to labour, a transformation not seen in decades. In such a world, market mechanisms, left their own devices, will not deliver the investment we need to raise productivity and retool for a more equitable and sustainable world.

Perhaps it is time for a new Reconstruction Finance Corporation, institutions like Germany’s Kreditanstalt für Wiederaufbau (KfW) or the Development Bank of Japan, to stand between governments and businesses, allocating resources to activities which are vital to a functioning economy but which profit-centred banks and investors struggle to fund. Institutions with clear mandates to act in the wider public interest and which can provide equity as well as loans to businesses that genuinely need help.

Business can spurn government money and take their chances in a Darwinian struggle to access private markets. But to the new generation of corporate leaders who aspire to be a force for good, an arm’s length provider of long-term, responsible capital might be welcome ballast in the boardroom, a valued ally to battle the backwoodsmen who still cannot see beyond the next quarter’s profits or realise that the world has changed.

2 Responses to Time to face up to reality

Investors, it seems, are resigned to following the main current of the river. That may be a good strategy for a boater looking to drift along effortlessly, but an angler knows that fishing in the same pool as everyone else rarely leads to anything except disappointment. END_OF_DOCUMENT_TOKEN_TO_BE_REPLACED

The pandemic should be bringing nations together in the face of our common threat. Instead we see nationalism and borders closing. So here is an inspiring reminder that 250 miles above Earth, we are all as one. END_OF_DOCUMENT_TOKEN_TO_BE_REPLACED

The transition to the world being created by COVID-19 was always going to be difficult for workers in the worst-affected sectors. The main question now is whether policymakers will take the steps – including apprenticeship programs and expanded funding for community colleges and technical schools – that are most likely to make it easier. END_OF_DOCUMENT_TOKEN_TO_BE_REPLACED