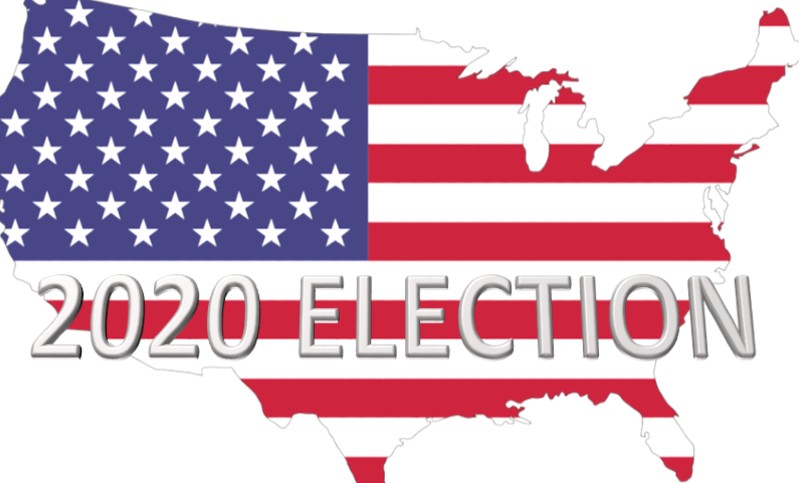 The US is no stranger to contradiction, but sometimes there are moments that cause observers to sit up and take notice. The late 1960s are an example, as civil unrest over Vietnam, race riots in cities like Detroit and a fraught presidential election contrasted with Neil Armstrong taking the first steps on the moon. 2020 provides a sadly similar juxtaposition, with racial tensions spilling over in America’s larger cities and an election looming while astronauts are again sent into space. Observations about the fragility of American exceptionalism aside, the key difference today is that the coronavirus has accelerated the decline of a political culture that had been getting steadily more partisan and dysfunctional since the mid-1990s.

For some investors, the situation is understandably unnerving, but it should be remembered that the relationship between US politics and investment markets is not a direct one. For all the fears of redistributionist Democrats or populist Republicans, the US equity market has tended to thrive in the wake of US general elections, with very few exceptions. Some of this may simply be down to relief that the campaign circus has finally come to an end in any given election year. But it may also be that the uncertainties of elections simply do not matter much when pitted against America’s steady economic growth, dynamic innovation, world beating corporate managements and liquid stock markets. Still, 2020 tempts closer inspection by investors given the aforementioned coronavirus pandemic and the associated economic shock. The stakes are higher, the policy differences greater, and the stock market may be more vulnerable after its recent strong run.

Should President Trump secure a second term, belligerence with China could escalate, another coronavirus spike could get out of control and the fiscal deficit could become unmanageable. Regarding the latter, Trump is no fiscal hawk. The US Treasury reported that in the second quarter of 2020 it borrowed a staggering USD 3 trillion. While debt servicing costs are low, courtesy of record-low interest rates, doubts nevertheless remain about whether the scale of borrowing can continue without consequence.

On the other hand, corporate taxation under a Trump Administration would stay low, including for onshore re-investment. The technology sector has been a particular beneficiary.  Deregulation and supply side reform would also continue, helping to create badly needed jobs in the aftermath of the coronavirus pandemic. It is an uncomfortable truth for some that Trump’s policies have benefited corporate America and the stock market, even if Main Street has been a little slower to catch up. A second term should offer continuity.

On the Democrat side, corporate and capital gains tax hikes are likely to create a more equitable share of the tax burden. Environmental regulation would also probably increase, raising costs for some firms, particularly in carbon-intensive sectors. Perhaps most significant for markets would be the impact of a Biden Administration on the technology sector. Many Democrats are picking up signs of consumer wariness of the monopoly power of big tech. Recent hearings on Capitol Hill demonstrated far more Democrat than Republican interest in antitrust. Investigations by the Federal Trade Commission and Department of Justice are likely to be given renewed vigour under a Democrat administration, while a global digital tax could be revisited. On international trade, however, it is unlikely that relations with trading partners would be as contentious as they have been under the current Trump administration. The market volatility seen in 2018-19 as a result of bitter trade rhetoric might well be avoided under a future Democrat presidency.

Overall, the outlook is more nuanced than the traditional ‘Republican good / Democrat bad’ caricature. Divided government in a Biden Presidency could even create a positive investment backdrop of low taxes, reduced trade conflict and greater predictability. Even a Democrat ‘clean sweep’ might be benign. After all, equities have soared recently despite polls indicating the Democrats will wrest back control of the White House and Senate, while keeping their majority in the House. Biden is surely a centrist Democrat on most policy matters. And fears his Administration would target ‘big tech’ for breakup may be overdone—recent reports indicate the Biden campaign has been reaching out to Silicon Valley for support.

In short, much is at stake in the US November elections, ranging from the trajectory of US engagement with the rest of the world to addressing social, racial and gender issues that have inflamed passions in recent years. But when it comes to market performance, the differences may not be as great as many fear. Investor would be better advised to keep an eye on the fundamentals.

← The Robot Question
What is the market telling us? →

Rather than obsess over tax rates, investors should consider more broadly how economic, policy and political factors will shape the market outlook in the years ahead. END_OF_DOCUMENT_TOKEN_TO_BE_REPLACED

The S&P 500 is down more than 7% in September, the Dow Jones 6% and the Nasdaq Composite more than 10%, into correction territory.  END_OF_DOCUMENT_TOKEN_TO_BE_REPLACED

US President Donald Trump has seeded the investment environment with uncertainty, trashed America’s trade relationships, blown up the fiscal deficit, and left American workers worse off than they were when he took office. He is the polar opposite of Joe Biden, a politician who understands precisely what the US economy needs. END_OF_DOCUMENT_TOKEN_TO_BE_REPLACED