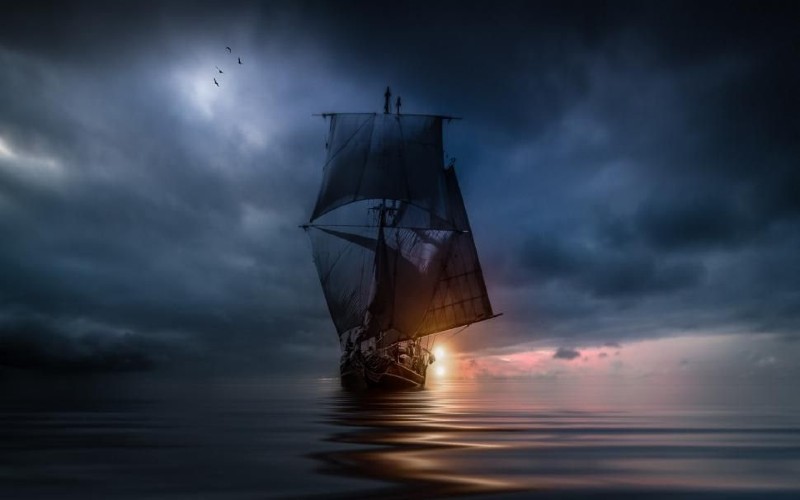 As we move into the last week of April, market jitters appear to have begun to subside. Even oil prices recouped some of their dramatic declines. Yet it remains premature to relax. Rates of Covid-19 infection may be falling in some hard-hit regions, but as the World Health Organization (WHO) reported last week, infection and recovery may not confer immunity. The virus remains present and most individuals remain vulnerable to infection. Relaxing restrictions on individual mobility—as various US states, regions and other countries now contemplate—will almost certainly increase rates of infection, hospitalization and mortality.

Yet even for those willing to adopt a somewhat more hopeful outlook, it may be too late as far as markets are concerned. As we’ve noted in this space before, current US equity valuations and implied earnings performance offer unattractive skew, with upside potential small compared to downside risk. Moreover, lingering uncertainty about the pandemic will probably preclude a significant recovery of more beaten-up market segments.

In short, it appears both too early and too late to jump into global equities.

Over the past week, global equity indices drifted slightly lower. At the same time, investors also enjoyed a respite from the extraordinary volatility of the past several months. Oil prices recovered from their extraordinary mid-April plunge, though they still languish well below where they began the year. For example, West Texas Intermediate (WTI) crude prices remain more than $30/barrel below their mid-March levels.

Investors may be taking comfort from news that two of the hardest-hit regions—New York and northern Italy—seem on track to relax some economic restrictions during May. Specifically, Italian Prime Minister Conte has said that Italy will begin to lift its nationwide lockdown on May 4, with construction and manufacturing allowed to resume limited activity first. In New York, the number of daily new fatalities has dropped to its lowest level in nearly a month, prompting Governor Cuomo to suggest that restrictions could be eased by mid-May, albeit first in the more sparsely populated upstate region, rather than in New York City and its surrounding suburbs.

Less well-reported, but potentially important to financial markets, are possible disruptions to global food and energy supply. Russia indicated that it may impose an export ban on wheat (for the first time since 2010) in order to conserve domestic stockpiles. In the US, various midwestern meat suppliers and East Coast poultry processors have curbed production due to Covid-19 outbreaks or announced culls of stock. In the US oil patch, this Friday brings data on rig counts, which are expected to collapse—even before the recent, dramatic crude oil price declines.

In terms of economic data, Monday brings Japanese labor market data, including the widely followed jobs-to-applicant ratio, which is expected to fall to 1.45 (its cyclical peak early this year was 1.63). The Bank of Japan (BoJ) also announces its policy settings on Monday, followed by similar statements from the Fed (Wednesday) and the ECB (Thursday).

Other relevant data this week includes US consumer confidence (Tuesday), housing starts (Wednesday), the Chicago PMI (Wednesday), jobless claims (Thursday), personal income & expenditure (Thursday) and the ISM (Friday). While a uniform picture of falling output, consumption and incomes is expected, the focus will be on the degree of damage done. Insofar as first estimates of US weekly jobless claims were grossly underestimated by the consensus of professional forecasters, it is logical to assume they will be better prepared for the size of losses to come. Still, it would be easy to misjudge the fallout from the pandemic and social distancing policies.

Perhaps of greatest interest, however, will be China’s manufacturing PMI (Wednesday), which the consensus expects to bounce back to 51 from its recent low of 35.7. China was the first country to be hit by the pandemic, the first to impose strict social isolation and, more recently, the first to lift restrictions on individual mobility and economic activity. China’s PMI is therefore likely to be seen as a harbinger for other countries to follow. That interpretation could be both premature (China might witness renewed spikes in infection rates – like Singapore – and hence future shutdowns) and unrepresentative (China has superior testing, monitoring and surveillance methods than, say, the US and hence may better manage ‘normalization’ steps).

Overall, curve flattening and anticipation that strict social distancing requirements may be eased—alongside unprecedented fiscal transfers, monetary easing and credit backstops—have helped to calm frayed investor nerves. Still, as we noted last week, market participants remain cautious in their allocation of risk, as reflected in the significant outperformance of safer plays in equity country, sector and style allocations, as well as in the behavior of fixed income, currency and commodity markets. One manifestation has been a strong preference for the US market, which continues to trade at multiples and implied earnings that now convey greater downside risk than upside potential.

Therefore, we remain cautious. Valuations are not compelling. Curves may have flattened but may not remain flat as economies re-open and if Covid-19 exposure does not confer immunity. We continue to believe that the medium- and longer-term adverse impacts of the pandemic on growth and earnings remain under-appreciated, as do the risks of repeat ‘flare-ups’.

Even for those inclined to believe the pandemic fallout has peaked, the recent recovery of the broad US market renders it unattractive. Given the near- and longer-term uncertainties associated with Covid-19, it is doubtful that investors will rush back, en masse, into riskier parts of capital markets.

This is not the time for an ‘all-clear’ for markets. Calmer conditions may seemingly have arrived, but we question for how long.

93 Responses to Calmer, But For How Long?

Shifting human behaviors to more sustainable outcomes can be informed by the targets we set for ourselves. Quality, not quantity, is the promise for today’s and future generations. END_OF_DOCUMENT_TOKEN_TO_BE_REPLACED

The recent weakening of the US dollar can be explained by near-term market forces rather than any epochal shift. END_OF_DOCUMENT_TOKEN_TO_BE_REPLACED

Flagging growth, depressed earnings, the risk of rising Covid-19 infection rates and unprecedented US election risk are forces that not even the Federal Reserve may be able to offset. END_OF_DOCUMENT_TOKEN_TO_BE_REPLACED