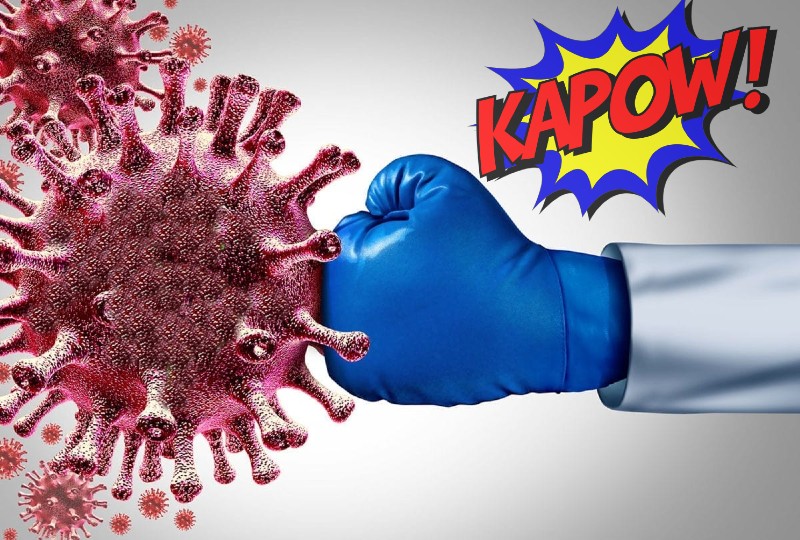 The global pandemic economy has been likened by some (e.g., Paul Krugman) to a trauma patient induced by doctors into a coma. A vast social engineering procedure was undertaken to minimize the risk that normal economic activity could result in an unchecked pandemic. Strict social distancing and lockdowns were the narcotics applied to induce the economic body into a state of suspended animation until such time as the pandemic slowed and the patient could be safely re-awakened.

The hope, in the coma metaphor, is that the economy-as-patient could be brought back to consciousness with few, if any, side effects.

That happy ending is playing out on Wall Street, joined by a chorus from the White House, eager for good news. Last Friday’s US jobs report, but also recent data from China and Europe, have encouraged the optimists. Strong US jobs growth and a sharp fall in the unemployment rate in May stunned economists expecting just the opposite. Last week, European purchasing manager indices (PMI’s) ticked above consensus estimates. China’s PMI has now fully recovered from its Covid-19 plunge earlier this year.

Buoyed by the data, cyclically sensitive sectors and factors led global equity markets sharply higher, while ‘tried and true’ tech giants propelled the Nasdaq to all-time highs. The US yield curve steepened sharply in response, with the ten-year note yield jumping to just shy of 1.0%, a sign that investors expect stronger growth ahead.

A V-shaped recovery is again being spoken of with growing conviction. One could be forgiven for wondering: Is it really that easy?

In truth, beneath the market’s joyful response to inflection points, levels of spending, output and joblessness remain bleak. The patient may have opened her eyes and mumbled a few encouraging words, but her vitals remain alarming.

Put differently, better-than-expected is not the same thing as good. European purchasing manager indices remain at levels consistent with deep recession. Even after a modest rebound, the US ISM non-manufacturing index level has only twice been below its current depressed reading, namely during the recessions that followed the bursting of the tech bubble in the early 2000’s and the financial crisis of 2008. Nearly 20 million Americans remain out of work and the Bureau of Labor Statistics estimates that the unemployment rate, properly measured, was over 16% in May, some twelve percentage points above its pre-pandemic lows. Major companies have filed for bankruptcy (e.g., Herz), or teeter near the precipice (various airlines), with potentially dire prospects for their workers and shareholders.

At the same time, global rates of Covid-19 infections continue to rise, though in some cases increased testing has contributed to the higher number of recorded cases. Hard-hit regions, such as Spain, Italy or metropolitan New York, continued to see the number of cases, hospitalizations and deaths fall. But rural areas of the US and states that relaxed social distancing or lockdowns earliest are, however, showing accelerating rates of infection.

In short, the world remains in severe recession and pandemic risks have not been fully addressed. Still, as lockdowns end and social distancing is relaxed, activity will pick up. In-store retailing, leisure, hospitality and dining away from home are experiencing welcome recoveries. Those sectors are among the largest employers worldwide, with gratifying jobs growth likely to ensue.

But market participants, in their exuberance, should not overlook three mathematical principles.

First, any variable—such as output, consumption or employment—that falls during recession must enjoy a rate of growth exceeding the rate at which it declined to restore its former value. In other words, growth is welcome, but it takes a lot of it for a long time to get back to normal.

Second, time does not stand still, and economies are not static. It takes even more growth and even longer to re-establish where the economy would have been on its former upward trajectory. Putting everyone back to work, restoring corporate health and meeting economic aspirations will require extended policy support for a long time.

Third, corporate profits—the life blood of equity and credit valuations—are linked to levels of output, not just rates of change. Pricing power and marginal costs, which drive profit margins, are a function of the volume of business done, as well as the rate of change. So long as consumers remain reticent to spend, weak demand will act as a brake on restoring corporate earnings. Indeed, the longer it takes the economy to get back to normal, the longer profitability will remain impaired.

Returning to the metaphor, signs of consciousness and functioning affirm that the economy-patient has endured the coma. But it would be foolish to expect the patient to suddenly sit up and leave the care of physicians and nurses unaided. Governments that shut down economies must remain committed to policy prescriptions that promote recovery, including heavy doses of monetary and fiscal stimulus. Now is not the time to fret about deficits, debt or central bank balance sheets.

Yet even with that support, some social and economic functioning may never fully recover. In those cases, public policy and private sector initiative must find new ways to spur economic vitality. As various contributors to Jackson Hole Economics have noted, the Covid-19 pandemic will change the way work is done, where and how people choose to live, and how we care for the less fortunate. Each of those challenges can become opportunity, provided all stakeholders recognize and embrace change, rather than resist it in a forlorn attempt to undo what can’t be undone.

Lastly, investors must not mis-interpret vital signs. Stock and bond valuations may get a boost from artificial stimulants, but market participants would be wise to consider how the patient will fare once the doses of medicine are reduced and then withdrawn. For now, equity and credit valuations may be supported by easy money, fiscal transfers and government guarantees. Investors may also feel there is no alternative to equities in a world of super-low interest rates. But, in due course, companies will have to deliver profits and dividends, if they are to sustain today’s lofty share prices. That story remains to unfold.

74 Responses to Recovery or Relapse?

Rather than obsess over tax rates, investors should consider more broadly how economic, policy and political factors will shape the market outlook in the years ahead. END_OF_DOCUMENT_TOKEN_TO_BE_REPLACED

The S&P 500 is down more than 7% in September, the Dow Jones 6% and the Nasdaq Composite more than 10%, into correction territory.  END_OF_DOCUMENT_TOKEN_TO_BE_REPLACED

US President Donald Trump has seeded the investment environment with uncertainty, trashed America’s trade relationships, blown up the fiscal deficit, and left American workers worse off than they were when he took office. He is the polar opposite of Joe Biden, a politician who understands precisely what the US economy needs. END_OF_DOCUMENT_TOKEN_TO_BE_REPLACED