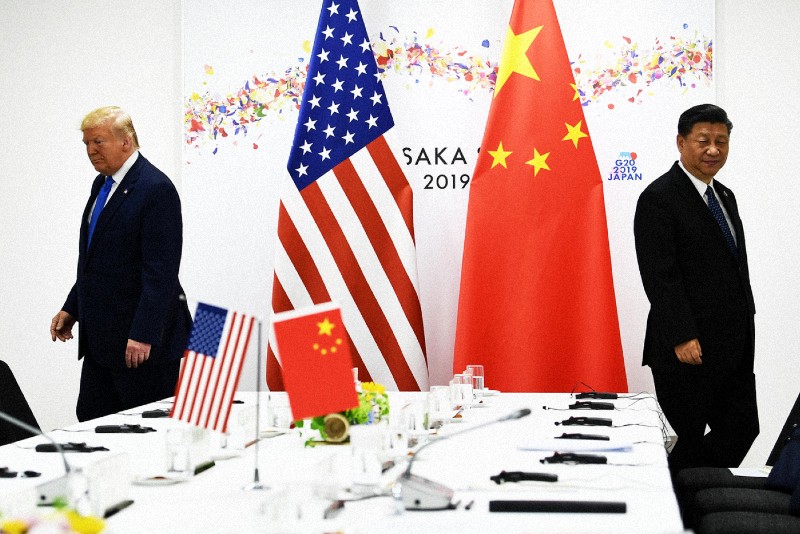 Although the Sino-American rivalry was escalating long before the COVID-19 crisis erupted, it has since been thrown into overdrive. But while both countries are pursuing a zero-sum vision of the future, only one is doing so with a long-term strategy.

BERLIN – The COVID-19 pandemic is arguably the first truly global crisis of the twenty-first century. The only modern historical parallels to the economic disruption triggered by a microscopic pathogen are to the last century’s world wars.

The start of World War I, in August 1914, not only ended a long period of peace, but also suspended an earlier epoch of economic integration and globalization. As governments around the world pursued new protectionist agendas, economic growth collapsed across the board. A generation later, another world war followed, after which the Cold War began immediately.

The world, and global politics, looked very different at the end of this period of constant conflict and power politics, from 1914 until 1989, than it did at the beginning. Prior to World War I, the British Empire was the dominant economic and military power. After World War II, it was supplanted by the United States, whose hegemonic position was further strengthened following the collapse of the Soviet Union.

The question, then, is how the distribution of global power will change as a result of the COVID-19 crisis. Whether the pandemic’s impact will be comparable to that of either world war remains to be seen. Clearly, a global economic crisis on this scale will bring serious geopolitical shocks. America, the incumbent superpower, may well cling to its position at the top of the global pecking order. But most signs suggest that China, the emerging superpower, will prevail, inaugurating an East Asian century.

The Sino-American rivalry was shaping up to be the twenty-first century’s defining hegemonic conflict long before the COVID-19 crisis. Nonetheless, the pandemic, along with election-year politics in the US, seems to be amplifying and accelerating the confrontation. For US President Donald Trump, everything is at stake in November’s election. Having mismanaged the pandemic and presided over an unprecedented domestic economic crisis, he needs a scapegoat, and China is the obvious choice.

After all, while most of Trump’s policies have, as a general rule, divided American society, his approach to China is a major exception. In going on the offensive against China, he can count on broad bipartisan support. Even deep into liberal Democratic ranks, American attitudes toward China have soured substantially in recent years.

Many US objections are hard to dismiss. The People’s Republic is indeed an authoritarian – even totalitarian – state under the exclusive control of a Leninist party. It has engaged in economic and technological espionage against the US on a grand scale, resorted to unfair trade practices, and violently asserted territorial claims vis-à-vis India, Taiwan, and in the South China Sea. From its persecution of ethnic and religious minorities in Xinjiang and recent move to consolidate control over Hong Kong to its initial mishandling of the COVID-19 outbreak in Wuhan, China’s government has done little to inspire trust.

Nonetheless, the Trump administration persistent efforts to repudiate America’s global leadership role raises a fundamental question about its approach: what does the US under Trump want? To lead without taking responsibility?

That is unlikely to work. While the US remains mired in short-term thinking, China is establishing itself as an alternative source of global leadership and investment, patiently pursuing a long-term strategy to exploit the geopolitical vacuum created by America’s inward turn.

In any case, the blow to America’s international image, especially following the Trump administration’s disastrous failure in the face of COVID-19, will be hard to repair. The pandemic is reinforcing the general impression that the US is a decadent superpower, soon to be supplanted by a strategically deft and economically dynamic China. The age-old story of the rise and fall of great powers is now being written by a virus. We can only hope that this chapter plays out peacefully.

Against the backdrop of the Sino-American confrontation, Europe finds itself caught uncomfortably between two opposing geopolitical forces – and left in the dark about America’s true intentions toward China. Does the US want to pursue containment or all-out confrontation – up to and including military conflict – to block or even reverse China’s ascent? The second strategy, reprising the West’s approach to China during the late nineteenth century, would be extremely dangerous, to say the least.

The alternative for the West is to pursue long-term containment on the basis of strategic rivalry. Europe would be well advised to choose this option. In a Chinese-led world order, Europe, situated at the western end of the Eurasian supercontinent, would be the loser. As a totalitarian one-party state, China can never be a genuine partner to Europe in normative terms. Even after three years of Trump, Europe’s relationship with the US remains much closer than the relationship it could ever expect with China.

But China is already too big, too successful, and too important to ignore. The facts on the ground call for cooperation. The key is to distinguish between strategic engagement with China and submission to it. And maintaining that crucial distinction will require Europe to avoid becoming economically or technologically dependent on the West’s rival.

Joschka Fischer – Joschka Fischer was German Foreign Minister and Vice Chancellor from 1998-2005, a term marked by Germany’s strong support for NATO’s intervention in Kosovo in 1999, followed by its opposition to the war in Iraq. Fischer entered electoral politics after participating in the anti-establishment protests of the 1960s and 1970s, and played a key role in founding Germany’s Green Party, which he led for almost two decades

← Where’s the Bottom?
The View From Argentina →

45 Responses to The Future of Global Power 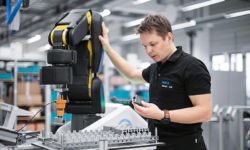 Although robots that can perform human labor will put downward pressure on wages in the short term, they also will increase the rate of profit, encouraging more investment and a recovery in the wage rate. It is not so much the economics of new technologies that should worry us, but rather the politics and ethics. END_OF_DOCUMENT_TOKEN_TO_BE_REPLACED 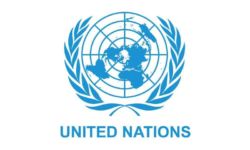 When the United Nations celebrates its 75th anniversary this September, the US will still be misgoverned by a transactional president who has no interest in global rules. But if that rules out a rebirth of global multilateralism this fall, things could look very different next spring. END_OF_DOCUMENT_TOKEN_TO_BE_REPLACED 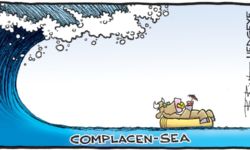