Originally published at the Chronicle of Philanthropy Dec 3, 2019

Since the days of Carnegie and Rockefeller, the expectation that America’s wealthy should donate a meaningful portion of their riches to worthy causes has been baked into our social fabric.

By supporting national parks, health care, foreign aid, and a range of other issues over more than 100 years, America’s foundations have done immeasurable good.

Yet, today’s foundations are viewed with a mix of frustration and suspicion and are now facing a potential existential threat. As the Democratic presidential contest heats up, proposals for a wealth tax to tackle extreme inequality have become mainstream and some would fundamentally change philanthropy. These ideas are gaining popularity because ordinary citizens resent the very powerful using their foundations as an unaccountable quasi government and are getting frustrated by billionaires running for president with their main qualification being that they are rich.

The economist who designed Elizabeth Warren’s proposed wealth tax, Gabriel Zucman, has proposed — in a new paper written with Emmanuel Saez and presented at the Brookings Institution — partly tackling the concentration of wealth by subjecting foundations and donor-advised funds to a massive wealth tax if they are still controlled by their wealthy benefactor.

To raise large sums of money for the federal government and to reduce wealth inequality, they say it’s worth thinking about two radical options: a 10 percent annual wealth tax on assets over $1 billion, and even more extreme, a ‘confiscatory’ tax of up to 90 percent on all assets over $1 billion. Importantly, these taxes would apply in the case of a billionaire who has her funds in a personal bank account, or in a foundation she controlled.  So, she would essentially face a choice: give the vast majority of her wealth away to charities that deploy the money right away – and not to a foundation that might disburse it over time — or see it taxed away. Their plan basically erases the idea that foundations offer a way to both do good and reduce taxation.

To avoid the tax, the foundation would have to put people other than the living donors in control or donors would have to distribute their resources quickly, outside of a foundation structure, to nonprofits that do direct charitable work.

We believe America’s foundations do need to change but that there is a better way. Here are three achievable steps that would reshape how the very rich give away their money and would increase the positives, but not gut the whole model.

Yet they should be. They receive a sizable tax benefit from the U.S. government because of the theoretical social good of the money they put into their foundations. In an important sense, it isn’t really their money anymore — it belongs to the public, with them as the stewards. And being a steward means not having uniliteral and unchecked control.

Foundations should apply the lessons of the best run public companies. Each should have a board of directors of at least five members, with the majority being truly independent directors. The chairman should not be the foundation’s CEO or founder and should not be a family member. The board should be accountable to a fiduciary standard and should exercise final say on broad strategic matters. There should be no supermajority voting power held by the founder, a problem that has plagued private founder-led companies like WeWork.

Grant makers should be required to file detailed and transparent annual reports analogous to what a public company must do, rather than today’s informational forms that require scant specifics about spending. Instead, foundation reports should delineate what the organization spent its money on, why, what results it achieved, what did not work, and future risk factors.

Over time, this kind of transparency should help create a market- mechanism of public accountability of a foundation’s effectiveness —– a critical discipline missing today, where a metric for success may often be pushing money out the door without embarrassing the founder.

Double the amount of money a foundation must give away each year.

The U.S. tax code basically says that to preserve its tax-deductible status, a foundation needs to give away an average of 5 percent of its assets per year. This has been the case since 1969.

This 5 percent requirement means that foundation endowments are generally managed to produce returns similar to the financial markets, in essence enabling the foundation to exist in perpetuity. Furthermore, since 1926, the S&P 500 has produced annual returns of about 10 percent, and many foundation endowments have actually grown bigger. Why should foundations focus on preserving and increasing their institutional existence rather than investing in the pressing challenges that could easily absorb more funding?

Doubling the amount the IRS requires foundations to give away each year to 10 percent of their endowment would provide critical resources to undernourished nonprofits struggling to carry out programs that foundations care about. Philanthropic spending is a drop in the bucket compared with government spending, and more of it would spur critical social innovation that governments do not have the flexibility to do.

The Gates Foundation, which gives more to education in the United States than any other philanthropy, each year awards only a small percentage of what one state — California — spends on just elementary and secondary education. Furthermore, most foundations restrict their funding to highly specific program grants, often driven by the priorities of the donor rather than what is truly needed. This power dynamic starves nonprofits of the institutional capabilities they need and of great leadership, which undermines their impact. So, a portion of this additional funding should support general-purpose grants that enable the most innovative nonprofits to strengthen their organization.

Increasing the amount foundations award in grants beyond typical endowment returns would also shift their attention away from institutional preservation — and the resulting bureaucratization — and instead focus it on maximizing the impact of their spending.

Atlantic Philanthropies, founded by the late Duty Free billionaire Chuck Feeney, quietly and effectively gave away its total endowment as fast as possible. It was one of the country’s biggest foundations until it spent its way out of business. And when perhaps the world’s savviest investor, Warren Buffett, gave more than $40 billion to the Gates Foundation, the terms of his gift stipulated that all of it had to be spent within a generation or so of his death. Buffett thought there were plenty of worthy problems that deserved and could absorb all his money in the near term, and he did not want to create a bureaucracy that would live forever.

Future generations will create their own billionaires, or trillionaires, and they will have to apply their wealth to the pressing problems of their day. Today’s superrich should do the same.

If the typical foundation gives away 5 percent of its assets annually, what happens to the other 95 percent? Usually it is managed by investment teams to seek out the highest risk-adjusted returns possible. Most foundation chief investment officers say their job is to maximize returns with no constraints because then there are more resources to improve the world. But this kind of zero-sum thinking leads to a “tragedy of the commons” dynamic — exactly what has caused so much environmental destruction in our ecosystem.

Foundations should invest their assets in the same spirit as their mission, which is presumably to make the world a better place. A foundation’s tax-deductible status should require it to invest its assets in accord with the U.N. Principles of Responsible Investment and common environmental, social, and governance guidelines.

Moreover, a significant amount (greater than 10 percent) of each foundation’s endowment should be allocated to  investments that are consistent with their philanthropic missions. The impact-investment universe has grown exponentially in recent years and can now absorb far greater amounts of capital. And in many cases, a foundation’s endowment can significantly increase the impact of its annual giving by making loans and equity investments that work to advance the same causes as its grants. There is no question that the extreme wealth disparity in the United States is undermining the country’s social cohesion. And private, charitable foundations run by unaccountable billionaire living donors are part of this problem. But taxing them out of existence is not the answer — modernizing their business model and improving their governance is.

Prior to co-founding Biomatics Capital Partners in 2016, Ms. Sunderland was director of Program Related Investments for the Bill & Melinda Gates Foundation. She led the foundation’s $1.5 billion strategic investment pool, which focused on global health, global development and education. She funded 50 investments, including 30 in health care, and built a team of 10 investment professionals. Ms. Sunderland also chaired Bill & Melinda Gates Foundation’s investment committee, which reviews all program-related investments. Prior to that role, she advised foundations, development finance institutions and governments on venture capital, SME financing and technical assistance programs.Ms. Sunderland holds a B.A. from Harvard University, an MBA from Wharton Business School and an M.A. from Johns Hopkins School of Advanced International Studies. Ms. Sunderland sits on the Board of Directors for several of Biomatics’ portfolio companies including Aledade, BlackThorn, eGenesis and Verana.
← previous post next post → 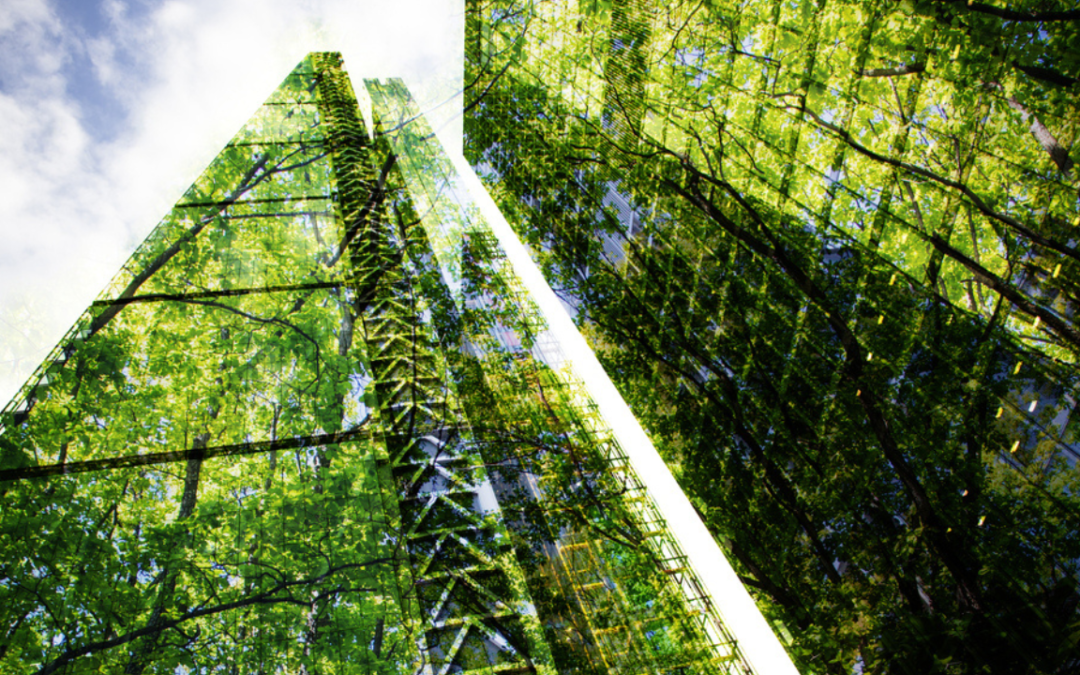 The private-equity industry is about to undergo an epochal shift, as the founders of many leading firms retire and a younger generation with

END_OF_DOCUMENT_TOKEN_TO_BE_REPLACED 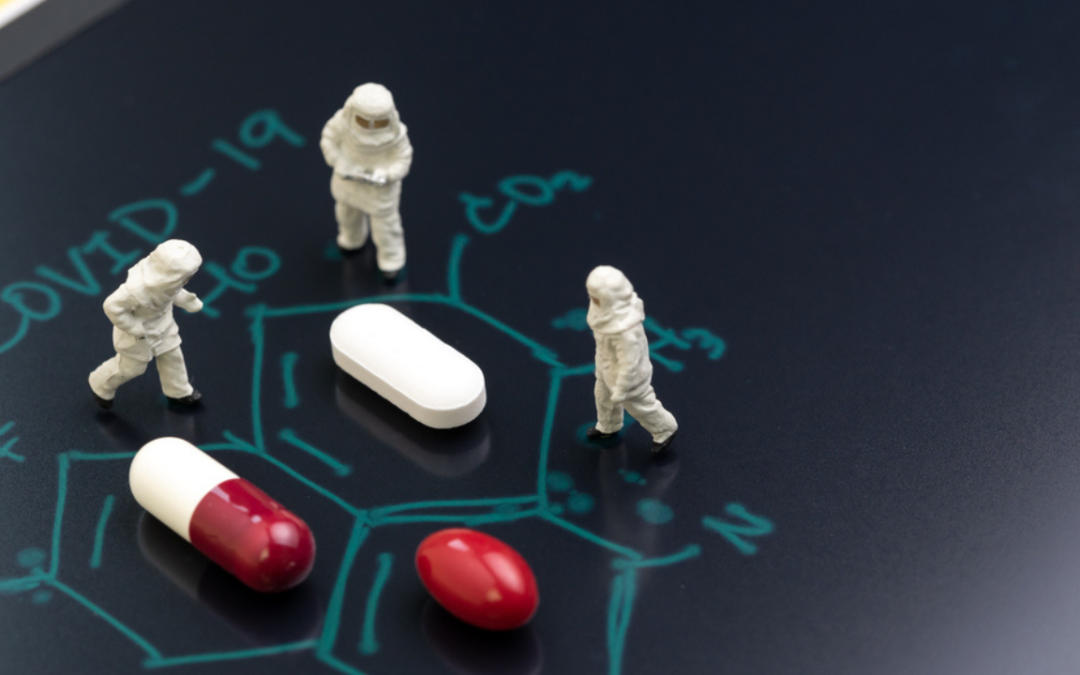 The Virus Is Still Winning

Despite the rapid development of COVID-19 vaccines and treatments to reduce mortality, the elderly, the immunocompromised, and other vulnerable

END_OF_DOCUMENT_TOKEN_TO_BE_REPLACED 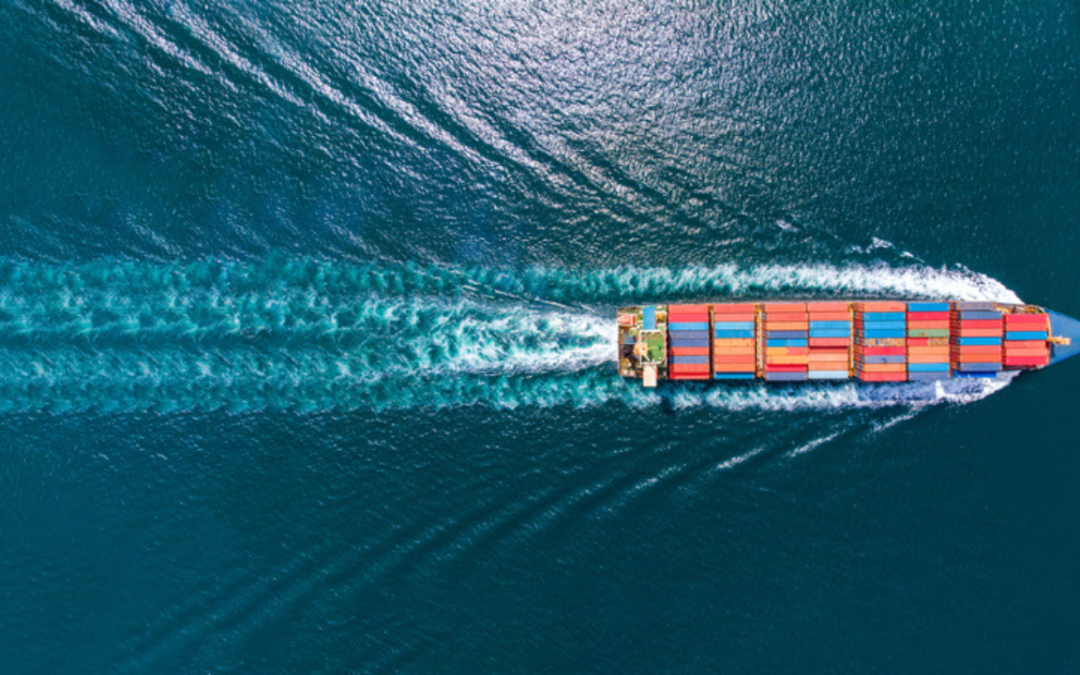 The Supply Solution to Stagflation

According to the World Bank’s latest forecast, global growth is projected to slow by 2.7 percentage points between 2021 and 2024 – more