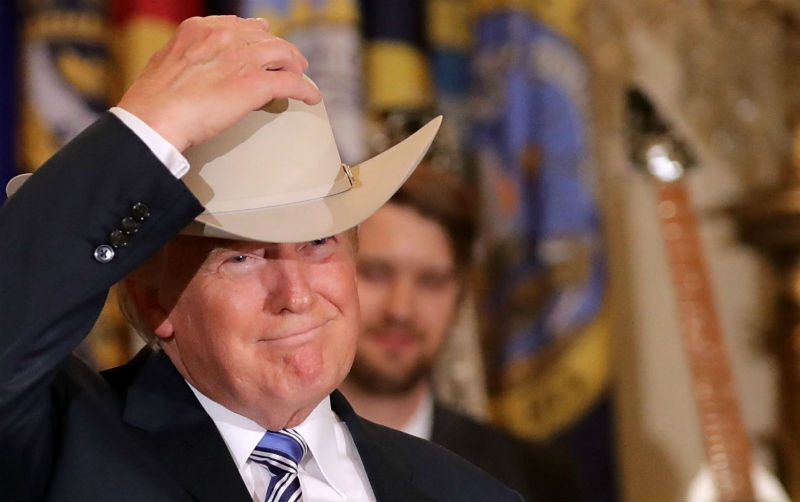 Addressing a room full of Wyoming county commissioners in mid-February, Wyoming Governor Gordon said something to the effect of, “If you want Wyoming to continue having a seat at the table, a true voice at the highest level, vote for Trump.” He went on to describe how the Trump Administration has given unprecedented voice to Wyoming, from the Governor’s administration down to town and county officials, insisting that he’s never seen anything like it before. He added, “I’m not trying to be political.” To which a Democrat sitting next to me responded, “That’s not being political!?”

But that’s exactly the point: to many citizens of Wyoming, that’s just straight talk reflecting a refreshing change in attitude and attention to rural people and places adopted by the Trump Administration. Governor Gordon is practical, as are people across Wyoming and other states throughout the West and Midwest. And the fact is, Wyoming citizens, for better (in the eyes of the vast majority of voters in Wyoming) or worse (in the eyes of environmental-minded people around the nation), now have more of a say over federal policies that impact their private property, their job prospects (largely in the energy industry), and over environmental rules (that in their eyes often look like handcuffs) than they’ve had in recent memory.

I’m a Democratic county commissioner in Wyoming, and here is what I see.

The Trump Administration gives rural counties unprecedented personal attention. At the first Western Interstate Region (WIR) county commissioner conference that I attended after President Trump’s election, an official with the USDA came up to me, asked which county I was from and said, “I’ve been hoping to meet with you.” Shortly thereafter he gave me information on available funding for rural sewer and water projects, broadband expansion, wildfire mitigation programs, and economic development efforts, along with information on how to apply. Handing me his card he said, “Call me if you have questions.” Nothing like that happened at any of the prior conferences I’d attended, and there has been follow up, including the FCC Chairman visiting to check on the results of a grant to expand broadband within the Wind River Indian Reservation and to remote Wyoming ranches.

Trump’s staff conducts regular outreach and communication to Wyoming counties. At least once a month we receive emails from the Department of Interior (DOI) with news about initiatives responsive to rural concerns, such as repealing the 2015 Rule Defining “Waters of the United States.” Updates include a list of DOI efforts, accomplishments and “DOI-in-the-news” headlines such as “Cattlemen applaud Trump’s regulatory relief,” “Bernhardt Meets in Montana about Grizzly Delisting Decision” and “Melania to visit Wyoming National Parks.” This never happened during the Obama years.

County commissioners are often invited to the White House and to occasions such as State Leadership Days, where Secretary Bernhardt and other senior administration officials meet with local officials. Moreover, we also receive numerous invitations from this Administration to participate in discussions about federal programs and initiatives to deal with invasive species, expand broadband, and learn about available grant funding and rural economic development programs. This also never happened under Obama.

Wyoming county commissioners have had a seat at the table as the Trump Administration has rolled back or amended major environmental federal legislation like the National Environmental Policy Act (NEPA), rules such as the BLM Planning 2.0 Rule, and definitions such as the 2015 Waters of the US Act (WOTUS) – all issues with broad implications for how public and private land is managed throughout the West. When President Trump signed the bill repealing the BLM 2.0 Planning Rule, he invited a Wyoming commissioner to the ceremony, who gave the President his favorite cowboy hat in gratitude.

Wyoming is receiving this attention even though we’re hardly a swing state: President Trump’s net approval in Wyoming is the highest out of any state in the country. From the perspective of Governor Gordon, this expanded outreach happened when Trump came into office, and if he goes, Wyoming’s seat at the table goes. If Trump were a Democrat and taking action on issues from Grizzly delisting to streamlining NEPA to amending the Endangered Species Act, Governor Gordon would likely say the same thing. But Trump’s not a Democrat. And Democrat’s don’t seem to be paying much attention to rural counties, citizens and voters – this is going to be a problem for them.

Democratic presidential hopefuls simply aren’t reaching people in counties like mine, hearing their concerns or even speaking their language. Healthcare is a big issue everywhere, but the visceral appeal to voters of a presidential administration that places private property rights over common resource protections and focuses on the siren-call of well-paying mining jobs will always win the day, especially in areas of the country hit hardest by the decline in manufacturing and coal. Here in Wyoming, as in many other similar places, private property rights, decent-paying jobs (and yes, second amendment rights and “religious freedom”) outweigh hand-waving promises by Democratic candidates offering “socialized” healthcare, green new deals and $15 per hour minimum wages. After all, it’s the lost $80 per hour mining wage that actually matters to many in my state, while wonky distinctions between liberal, neoliberal, socialist and democratic socialist simply aren’t part of the vocabulary.

I won’t pretend to understand the nuances of electoral math, but 2016 should have made it obvious that if a presidential candidate can’t win a significant chunk of rural American, it is going to be very hard to win the White House. The Trump Administration’s outreach efforts are calculated, strategic and effective. They play a big role in local lawmakers’ devotion to the President, and will likely swing key states. The eventual Democratic nominee for President should take heed. 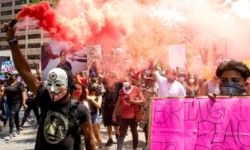 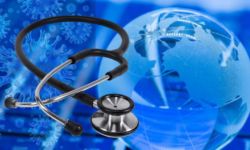 As a global problem that will remain a threat everywhere as long as it is still present anywhere, the novel coronavirus demands a collective and collaborative response. With a new COVID-19 Technology Access Pool to share data and intellectual property, all countries and companies now have a chance to become a part of the solution. END_OF_DOCUMENT_TOKEN_TO_BE_REPLACED 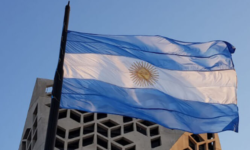 Argentina is in crisis. The pandemic had turned a bleak story into something worse. The country may shortly default on its national debt for the ninth time in its history, with far-reaching consequences. But there is still hope. END_OF_DOCUMENT_TOKEN_TO_BE_REPLACED