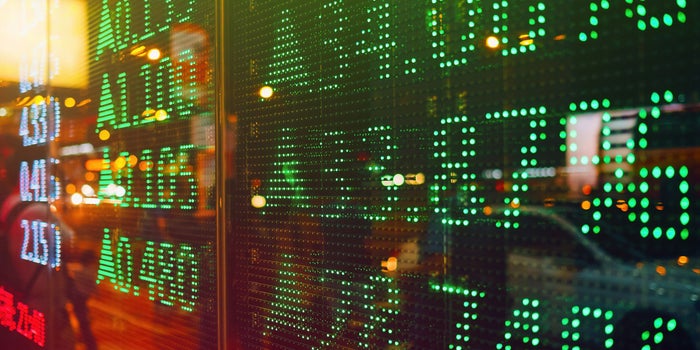 Markets have suffered a hiccup in recent days, with stock prices dipping at the end of the past week. Long-term interest rates are once again moving lower. Those outcomes signal rising investor concerns about global growth. In this piece, we examine the factors driving investor sentiment and draw broad market implications.

As we pointed out last week, falling bond yields ultimately undermine equities. Lower yields cannot prop up stock markets if they signal weaker growth and a deteriorating profits’ outlook. Those fears are now creeping into investor psychology, driven primarily, but not exclusively, by the impact of the coronavirus on global economic activity.

To begin, investors are becoming concerned about the spread of the coronavirus outside China, particularly in South Korea and Italy, but also to other countries and regions. The head of the World Health Organization has raised concerns about the risks to Africa. For investors, the primary worry is that policymakers in major economies such as South Korea or western Europe might have to undertake drastic measures, including stricter quarantine and travel restrictions, to combat the spread of the virus. Those outcomes could have significant negative impacts on economic growth. According to the latest data, over 600 individuals have tested positive for the virus in Korea, with five deaths reported. The government of Italy has imposed quarantines in two northern regions after some 100 individuals have been confirmed with the virus. This comes despite some reports, difficult to confirm, that the rate of new infections in China may be slowing.

Other recent developments are also beginning to trouble investors. In Germany, the government has been thrown into disarray by an ill-designed political cooperation in Thuringia between Chancellor Merkel’s CDU party and the AfD, leading to the resignation of Merkel’s chosen successor. As the US Democratic presidential nomination season swings into full gear, the prospect of a lurch leftward to Bernie Sanders poses market risks and uncertainties of its own.

Before turning to US politics, it is useful to briefly recap some of the latest economic numbers and preview what lies ahead. Last Friday, the twin US Markit purchasing manager indices indicated a possible sharp slowing of growth, including in the erstwhile resilient services sector. Some of that weakness may be attributed to supply-chain disruptions in China, owing to the coronavirus and travel restrictions. On the other hand, earlier in the week the Philadelphia Federal Reserve manufacturing index popped sharply higher, supported by evidence that new orders are picking up. Other comments from Federal Reserve officials indicate cautious optimism that, absent shocks, global manufacturing is recovering. In short, last week the market was buffeted by conflicting US economic data.

The week ahead is relatively light in terms of US data releases, with durable goods orders and personal income/expenditures on Thursday and Friday highlighting the calendar. China’s National People’s Congress (NPC) meets Monday and will surely focus its discussions on how government policy can help to offset the virus’ impact on economic activity. On Friday, China’s purchasing manager index of manufacturing will be scrutinized for signs about how significantly growth has slowed this year. European and Japanese data, including GDP and retail sales, are also on tap, though they will largely capture activity measures prior to the outbreak of the coronavirus and its impact on global economic activity.

Turning to US politics, Senator Sanders’ convincing win in Nevada places him squarely as the Democratic Party front runner. His ability to expand his appeal to Latino voters bodes well for his prospects on ’Super Tuesday’ (March 3), by which time over half the delegates to the Democratic nominating convention in Milwaukee will be allocated. Expect the other presidential contenders to ‘focus their fire’ on Sanders in the coming week, as they struggle to remain relevant.

Spread betting and political futures markets tell a similar story. Following his disastrous Nevada debate performance, Michael Bloomberg’s odds of securing the nomination fell from 25% to below 20%. The University of Iowa political futures markets, the oldest in the US, now have Sanders as the outright favorite (52% odds), up some 15 percentage points from earlier this month. A ‘hung convention’ and all other candidates’ prospects have slumped.

What does this mean for financial markets? For some sectors – healthcare, defense or finance – a Sanders presidency could pose significant, even existential questions. It is not surprising that share prices in some of those industry groups have sagged recently.

But the Iowa political futures markets hint at a different outcome. As Bernie Sanders has surged in the Democratic primaries and caucuses, the probability that the Democrats capture the White House have fallen. Notwithstanding some public opinion polls that show Sanders beating Trump ‘head-to-head’, futures markets see those odds narrowing, even if they still favor Sanders. Pundits are also beginning to question the ‘down-ballot’ impact of a Sanders nomination, with a potential reversal of the 2018 Congressional outcome cropping up. In short, while some may fret about how ’Sanders socialism’ could impact growth and earnings, the oddsmakers’ money is shifting toward the opposite outcome, namely a Republican clean sweep in November: holding the White House and Senate and re-capturing the House. Needless to say, the impact on certain sectors and, perhaps, the overall market would be dramatically different in that case. It remains premature, therefore, to make significant investment decisions today on the US elections, given potentially binary outcomes that are becoming ’too close to call’.

In sum, economic and political uncertainties are creeping higher. After very strong performance since mid-2019, global equity markets are more vulnerable to concerns about a possible slowing of growth and earnings. Politics is becoming a wild card. Those factors reinforce the basic point that low bond yields, alone, are not a solid foundation for equity market performance.

Rather than obsess over tax rates, investors should consider more broadly how economic, policy and political factors will shape the market outlook in the years ahead. END_OF_DOCUMENT_TOKEN_TO_BE_REPLACED

The S&P 500 is down more than 7% in September, the Dow Jones 6% and the Nasdaq Composite more than 10%, into correction territory.  END_OF_DOCUMENT_TOKEN_TO_BE_REPLACED

US President Donald Trump has seeded the investment environment with uncertainty, trashed America’s trade relationships, blown up the fiscal deficit, and left American workers worse off than they were when he took office. He is the polar opposite of Joe Biden, a politician who understands precisely what the US economy needs. END_OF_DOCUMENT_TOKEN_TO_BE_REPLACED