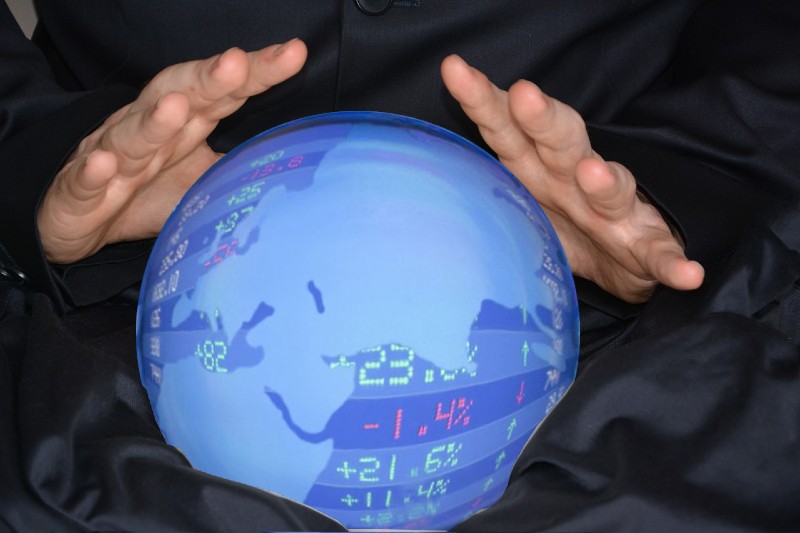 Economics is often called “the dismal science”. And economists are very pessimistic about the near-term outlook as a result of the recent COVID19-related “lockdown” of vast swaths of the U.S economy. The April Blue Chip consensus forecast of a -24.5% annualized rate of real GDP decline in the current quarter represents the economy’s weakest quarterly performance since the Great Depression. However, the consensus also calls for a 7.5% annualized rate of rebound in the second half of 2020.

Such recovery prognostications will be overly optimistic if there is a repeat of the rather consistent history of insufficiently pessimistic economic forecasts during US recessions. As a consequence, there could be a rerun of the 2008-2009 Great Recession and its tepid aftermath, when macroeconomic policies could have been even more aggressive if only economists and public policymakers had more correctly anticipated the evolving recession’s eventual degree of weakness.

In all but one of the past seven US recessions, the downturns were deeper than anticipated by the Survey of Professional Forecasters (SPF) consensus forecasts issued both in the month before the recessions began and also in their final month (see chart). Moreover, in all seven recessions the consensus rarely anticipated the severity of the weakest quarter.

These results for the US economy closely mirror findings by International Monetary Fund (IMF) economists reviewing forecasts covering 63 countries for the years 1991-2014. The IMF study concludes that “while forecasters are generally aware that recession years will be different from other years, they miss the magnitude of the recession by a wide margin until the year is almost over”.

Why has it been so difficult for economists to anticipate the severity of recessions even after the recessions themselves are well underway? A key reason is that many recessions reflect unfamiliar events unseen in past downturns. The explosion of oil prices in the 1970’s was a unique recessionary development. At the start of the 1980’s the temporary anti-inflation credit controls policy was another new wrinkle. Exceptionally high interest rates engineered by the inflation-fighting Volcker Fed in the early 1980’s confronted forecasters with a never-before-seen challenge. The severe savings and loan/real estate problems triggering the 1990-1991 recession and the tech spending crash causing the 2001 recession also represented unfamiliar developments. The home-price and banking crises initiating the Great Recession of 2008-2009 were of a magnitude not seen since the Great Depression seven decades earlier.

Yet even considering that new causal factors surely became known as they materialized, we are left with the vexing question: What explains the persistent optimistic forecast bias of economists during recessions? For private sector forecasters employed by retail brokerage firms and institutional equity sell-side investment banks, asymmetric loss functions may motivate excessively optimistic outlooks. Big banks and financial institutions may have more sympathy for an incorrect bullish economic forecast than for errant bearish outlooks that could discourage clients from transacting or investing. In the public sector, the Fed may be reluctant to openly issue negative economic forecasts due to concerns that its public pronouncements  are influential and could generate unfortunate self-fulfilling prophesies in private sector behavior. White House economists are probably concerned about forecasting an unfavorable economic outcome that would damage the electoral prospects for the political party in power.

In the current setting, where public and private sector economists predict a second-half recovery following a crash in real GDP in the first half of the year, we have to consider the implications should those upbeat forecasts prove to be premature or overly optimistic? For one, the stock market would almost surely suffer a setback.

More importantly, rosy forecasts could impact public policy. A recent study by IMF economists notes: “The experience of the not-so-Great Recovery that followed the Great Recession of 2008-09 offers a cautionary lesson. In 2010, baseline forecasts of robust recovery led to a turnaround in the fiscal stance in many advanced economies that in the opinion of many observers proved premature. The recovery was tepid and the move to a tighter fiscal stance may have been one of the contributing factors to this outcome.”

With regards to the implications for economic policies in 2020, the same IMF economists argue that “During times of abnormal uncertainty, policy choices could be guided more by a risk-management approach rather than being linked tightly to what would be appropriate under the baseline scenario. This is particularly the case for fiscal policy, where understandable concerns about debt sustainability are likely to create a strong constituency for backing a quick withdrawal of fiscal support.” In contrast, recent Fed monetary policy decisions appear to be motivated by a risk-management approach.

That said, for the economy to sustain a recovery this year and next both monetary and fiscal policy will need to be appropriately expansionary. As of now a key risk is that fiscal policy will not be supportive enough to offset the collapse in private sector spending.  A number of Senate Republicans have recently expressed reluctance to support another sizable stimulus package. Political strategists at the Trump White House may also perceive that proposing further significant fiscal easing could be seen as an admission that the economic situation is more problematic than has been portrayed by the Administration.

Finally, while investors should be rightfully skeptical about some of the more optimistic economic forecasts, perhaps they also should be cautious about adopting some of the pessimistic COVID-19 projections by epidemiologists and other medical observers who failed to predict that a pandemic would eventually occur. Poor forecasts are not the exclusive territory of economists. Forecasting is difficult and outlooks should almost always be accompanied by probabilities reflecting the inherent uncertainty of the future.

In economic forecasting, there have been numerous “one hit wonders” who correctly forecast one major event but, on average, have poor track records. All too frequent are “broken clocks”—perennial outliers who maintain the same forecast awaiting the day when they’ll finally be right, something I have noted in my book on forecasting. Of course, epidemiology and economics are separate disciplines. “The key point is that forecasts are challenging and those who use them should pay close attention to any forecaster’s potential loss function” and possible bias.

← How Should Leaders Decide?
Update On A COVID-19 Vaccine →

One Response to Are “Dismal Scientists” Dismal Enough During Recessions?

Investors, it seems, are resigned to following the main current of the river. That may be a good strategy for a boater looking to drift along effortlessly, but an angler knows that fishing in the same pool as everyone else rarely leads to anything except disappointment. END_OF_DOCUMENT_TOKEN_TO_BE_REPLACED

The pandemic should be bringing nations together in the face of our common threat. Instead we see nationalism and borders closing. So here is an inspiring reminder that 250 miles above Earth, we are all as one. END_OF_DOCUMENT_TOKEN_TO_BE_REPLACED

The transition to the world being created by COVID-19 was always going to be difficult for workers in the worst-affected sectors. The main question now is whether policymakers will take the steps – including apprenticeship programs and expanded funding for community colleges and technical schools – that are most likely to make it easier. END_OF_DOCUMENT_TOKEN_TO_BE_REPLACED