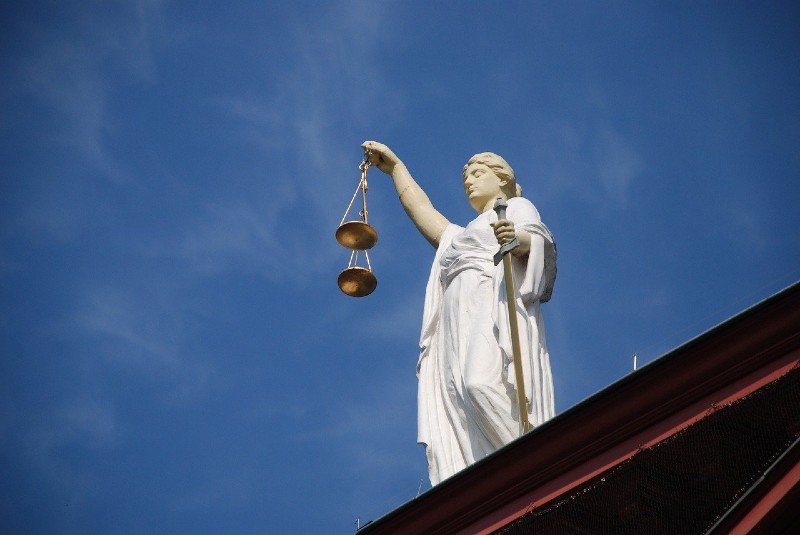 When Shakespeare had King Henry IV sleeplessly mutter, “Uneasy lies the head that wears a crown,” the Bard was speaking a human truth that resonates across centuries and cultures to anyone in leadership whose responsibilities entail decisions that affect human lives.

Today, around the world, national, regional and local political leaders, along with their corporate and business peers, are facing in COVID-19 a leadership test unseen in generations.

These leaders’ constituencies, and the experts advising them, all have opinions about what should be done.  Ultimately, though, it is the  leader who must absorb, incorporate and sift through the information, and choose a course of action.

The mythic figure of Justice has often been represented blindfolded, holding a weighing scale in one hand and a sword in the other.  Symbolically, the blindfold represented impartiality, the scales a fair balance of the rights of the individual against the needs of society and between the conflicting interests of one individual against another.  The sword is the enforcing power behind these lofty ideals.

Today, our leaders hold the scales and, blindfolded or not, must weigh in the balance the human impacts of COVID-19 against all of the economic, social, emotional and healthcare costs of an extended lockdown of people and commercial activity.

In the first pan, the scale holds COVID-19 mortality, morbidity and the related costs of, and strains on, the health care system. In the other pan sits the sum total of consequences of the Great Pause and lockdowns.  Most of these costs fall into the quadrant of ‘known unknowns’.  We know what the categories are — soaring unemployment, extensive bankruptcies, the potential disappearance of entire industries and global supply chain breakdowns — but we find it impossible to estimate their total cost.

We also know something about the impact of COVID-19 on human health. After approximately four months of pandemic, there have been approximately 1.4 million confirmed cases in the US and over 4 million worldwide.  Assuming that number grossly underestimates actual cases, a ten-fold inflator would imply 40 million cases of infection worldwide, or just 0.5% of the global population of 7.6 billion. COVID-19 related deaths, presumably easier to track yet equally likely to be substantially underestimated, number about 80,000 in the US and 282,000 worldwide.

To contextualize the COVID-19 numbers, let’s consider influenza. The CDC estimates that each year since 2010, influenza causes 9 to 45 million illnesses, 140,000 to 810,000 hospitalizations and 12,000 to 61,000 deaths in the US, at an annual cost of over $10 billion. Compare this with what we know so far about the economic costs of the COVID-19 lockdowns. The cumulative number of unemployed since the lockdowns began in March is 33.5 million.  As of April 2020, there are 42.9 million unemployed or under-employed in the US, compared with 14.8 million one year ago. These rates are the worst since the data were first collected in 1948. Even more telling is the employment to population ratio, which has fallen from 59.7% to an all-time low of 51.3%, surpassing the previous low of 54.9% recorded in 1949, a time when women made up only one-third of the labor force.

We also know that US GDP contracted by 4.9% in real terms, or $191.2 billion in current dollars, in the first quarter, and that these statistics under-estimate the run-rate impact of the Great Pause, which will be more strongly felt in in the second quarter, if not the duration of 2020.  For the year as a whole, US GDP is projected to decline by 5.6%, or $1,300 billion.

Furthermore, both the virus itself and the lockdowns are exacerbating wealth and income inequality. Poorer neighborhoods are hit much harder than wealthy ones, given their higher population densities in urban areas. Job losses harm minorities and working Americans more severely than the affluent.  While workers in creative industries (and the knowledge class more generally) can more easily work remotely, service and factory workers, laborers, and those dependent on the gig-economy more often have to be ‘on site’. The World Bank estimates that 40-60 million people globally may be pushed into extreme poverty as a result of the slowdown of economic activity around the world.

In addition, a generation of impoverished students may never return to the classroom.  UNESCO estimates that over 72% of students around the world have been impacted by closures, noting that the impact “is particularly severe for the most vulnerable and marginalized boys and girls and their families. The resulting disruptions exacerbate existing disparities within the education system but also in other aspects of their lives.” Left unchecked, shattered aspirations represent a powder keg of future social unrest.

Pulitzer-prize winning historian Barbara Tuchman wrote in A Distant Mirror: The Calamitous 14th Century that the Black Plague shifted the balance of power from the landowner to the peasant, sparking a revolution, which over time benefitted labor and the working-classes, and may have been the “unrecognized beginning of modern man.” The conditions of the current pandemic appear to be poised to lead to an opposite and regressive outcome for the poor and disenfranchised, unless there is rapid and extensive intervention by governments and businesses around the world.

A mid-April poll indicated that a majority of Americans believe that lockdowns should continue for as long as necessary to prevent deaths. The problem is that for many moderate and lower income Americans, this path will be financially ruinous.

No leader, in the political or business realm, will be able to act with the idealized impartiality of a blindfolded Justice.  Each will have their constituency, and will ignore them at their peril. Leaders can, however, attempt to estimate and communicate the costs and consequences of various choices, and make courageous decisions accordingly.

Decision-makers have to choose among unappealing options with imperfect information. The costs of a possible second wave of infections, deaths and overwhelmed healthcare systems must be weighed against lost jobs, rising rates of depression, untreated illnesses and higher rates of suicide stemming from economic misery.

The purpose of the lockdowns was not to eliminate COVID-19 from the population. That may not happen for months or years, and perhaps never. The intention was to “flatten the curve” to avoid a sudden surge that would overwhelm our healthcare systems. That mission has made real progress. They were also meant to buy time to expand the capacity of the healthcare system and the means to test, track and monitor potential spreaders of the virus, so that society can better cope with probable future waves of the pandemic as lockdowns are eased. In some countries, such as South Korea and Germany, significant progress has been made. Sadly, that aspect has not been well-managed by the US federal government.

While new cases will continue to unfold, and hotspots re-emerge, we must press on towards restoration of our economies and a vast improvement in the provision of healthcare including massive investment in various technologies that will allow societies to better cope with the next, inevitable, pandemics. And government, business, labor and community leaders have a once-in-a-generation opportunity to address structural imperfections in our societies that the pandemic has exposed.

Out of tragedy can emerge hope, but only if societies come together to acknowledge the challenge and work together to develop better solutions. As Barbara Tuchman put it: “An event of great agony is bearable only in the belief that it will bring about a better world.”

Michael Wilkerson is the Chief Executive Officer of Fairfax Africa Holdings Corporation, a publicly-listed investment holding company invested in African businesses in food & agriculture, education, financial services, and renewable energy infrastructure, and the Chairman of charity: water, one of the world’s largest and most well-recognized organizations focused on solving the world water crisis, having cumulatively provided over 11 million people with safe access to clean drinking water through over 50,000 projects in 28 countries in Africa and around the world.

15 Responses to How Should Leaders Decide?

Investors, it seems, are resigned to following the main current of the river. That may be a good strategy for a boater looking to drift along effortlessly, but an angler knows that fishing in the same pool as everyone else rarely leads to anything except disappointment. END_OF_DOCUMENT_TOKEN_TO_BE_REPLACED

The pandemic should be bringing nations together in the face of our common threat. Instead we see nationalism and borders closing. So here is an inspiring reminder that 250 miles above Earth, we are all as one. END_OF_DOCUMENT_TOKEN_TO_BE_REPLACED

The transition to the world being created by COVID-19 was always going to be difficult for workers in the worst-affected sectors. The main question now is whether policymakers will take the steps – including apprenticeship programs and expanded funding for community colleges and technical schools – that are most likely to make it easier. END_OF_DOCUMENT_TOKEN_TO_BE_REPLACED