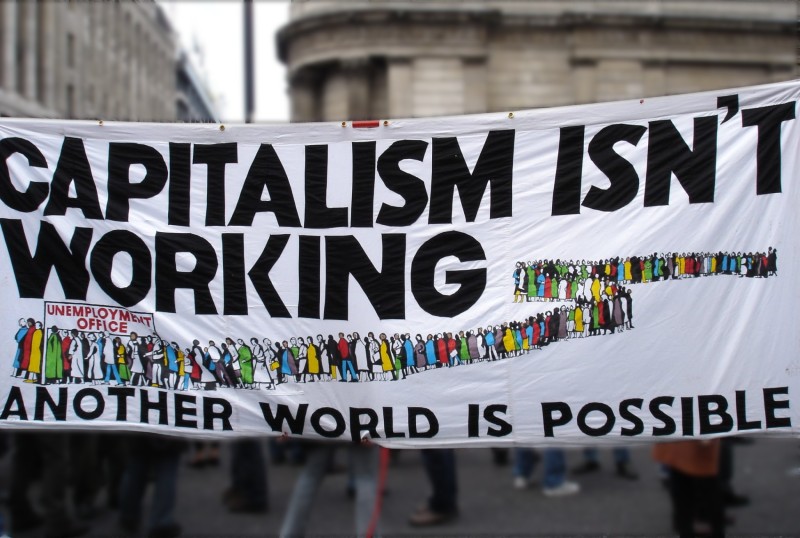 For a time, Germans impressively endured the Covid-19 lock-down, obediently following the instructions of their government on social distancing, while silently submitting to the dictates of reason. Now, less than three months later, we are witnessing public protests and demonstrations against the measures implemented to combat the pandemic. As successful as those policies were, their very success also makes them vulnerable. “It wasn’t all that bad”, “Were those measures really needed?”, “The therapy was worse than the illness”, and “The state is robbing me of my freedom “—are refrains now commonly heard in Germany and elsewhere.

Their mantra: From now on, dear politicians, it is up to the entrepreneurs and business leaders to set things right again. German liberals would dismantle what they view as the evils of the welfare state, including an out-of-control retirement scheme and a misguided healthcare system. Liberals espouse unrestricted personal responsibility. It is up to each individual to take care of him- or herself.

In light of the damage caused by ultraliberal ideology in recent years—plainly in sight during the financial crisis of 2008 as well as in the ongoing pandemic, above all in experiences of the US and the UK—it is time to provide a rational counter-narrative. Neo-liberalism is not fit for purpose in an interdependent world.

To begin, it is worth noting that it was the much-maligned welfare state, with its broad health care and social security mechanisms, that enabled countries such as Germany or Switzerland to avoid the mass misery, soaring unemployment and of massive death tolls witnessed in the US, UK or Brazil. The ultraliberal US, England, the birthplace of liberalism, or the neoliberal experiment of Brazil under Bolsonaro have not acquitted themselves well, whereas much of Europe, with its system of social welfare, has fared better.

Economists have long known that the liberal ideal is an abstraction, a useful tool for theoretical reasoning, but hardly a template for reality. They recognize that unfettered free markets often fail to maximize social welfare, yield an unacceptable distribution of economic benefits and manage resources sub-optimally. Market failure is common, and often dramatic. The private sector often turns to government in times of crisis. Or have we forgotten that as recently as 2008/2009 governments were forced to step in to provide economic lifelines and defuse a crisis brought on by reckless entrepreneurs and bankers?

Today, for the second time in just over a decade, capitalism requires government support to see it through a crisis, albeit of natural rather than human causes. During the financial crisis, banks, insurance companies, and other financial institutions would have failed were it not for the interventions of central banks and fiscal authorities. Today it is airlines, small enterprises and businesses across various sectors that require emergency assistance and guarantees to see them through the pandemic-related collapse of economic activity. And it cannot be only the virus that deserves blame, given that so much of modern industry rests on just-in time inventory, long supply chains and balance sheets without reserves to weather a bad storm.

All of which raises the fundamental public policy question: What is the role of government in crisis, where does its role begin and how does it end?

In 1959 the German economist Karl Schiller encapsulated the answer succinctly: “As much market as possible and as much government as necessary”.

That adage found its way into the post-war programs of the German Social Democratic Party (SPD), which as Schiller uttered his views was bidding farewell to socialist state doctrine at its Godesberg party conference. A central tenant of ‘Schillerism’ was not just managing the well-known social centrifugal forces of capitalism, but also how society can manage emergencies such as a global pandemic or the collapse of the global financial architecture.

Simply put, in times of crisis more government is needed, while in normal times less is usually better. That, too, we have, we relearned from the experiences of recent years.

But what happens when the pandemic crisis is over? What role should the government then assume?

Few would argue, surely not Schiller, that emergency government measures should remain in place after they are no longer required. Dictates about wearing masks in public, bans on social gatherings and spectator-less sporting events should fade as quickly as the virus.  No sensible politician disagrees.

Yet genuine risk also demands prudence. A second wave of infections may yet arrive, and governments must ensure that they can continue to play an effective role. To do so requires good judgment and prudence, as well as the ability to maintain public trust. Trust will more likely be accorded to governments that strike an appropriate balance between careful monitoring and, if necessary, sufficiently early intervention, alongside a restoration of free markets and civil rights.

That’s no easy task and not everyone will be happy with specific decisions made. At root, however, government decision-makers must draw on scientific expertise and data in an effort to act pragmatically. There is little room for ideological purity, much less for the rejection of science and evidence.

In 2009, developed world governments, supported by central banks’ ultra-expansive monetary policies, quickly restored free rein to the financial sector, against the better wishes of some, who fretted about moral hazard and even financial stability. Yet that was a pragmatic decision, part of striking a balance.

Today, after the Covid-19 crisis, blindly reverting to “business-as-usual” could prove fatal, quite literally. Pragmatism and stepwise moves to restore normality in social and economic terms are called for. Early warning indicators for new infections, an expansion of public health, broad-based financing of vaccine research and further public investment and financial support to mitigate the economic crisis are government roles that are still called for. The market cannot provide those ‘goods’ in sufficient fashion to enable society to function safely and with efficiency. That remains the role of effective government.

Germany and other countries would be wise to keep Schiller’s maxim in mind as they embark on the next stages of pandemic and economic crisis management. In the months and years to come, lives and livelihoods will depend on ‘as much market as possible, as much government as necessary’.

← Private Equity and Build Back Better
A Bend In The Road? →

90 Responses to How Markets and Governments Must Work Together

Shifting human behaviors to more sustainable outcomes can be informed by the targets we set for ourselves. Quality, not quantity, is the promise for today’s and future generations. END_OF_DOCUMENT_TOKEN_TO_BE_REPLACED

The recent weakening of the US dollar can be explained by near-term market forces rather than any epochal shift. END_OF_DOCUMENT_TOKEN_TO_BE_REPLACED

Flagging growth, depressed earnings, the risk of rising Covid-19 infection rates and unprecedented US election risk are forces that not even the Federal Reserve may be able to offset. END_OF_DOCUMENT_TOKEN_TO_BE_REPLACED