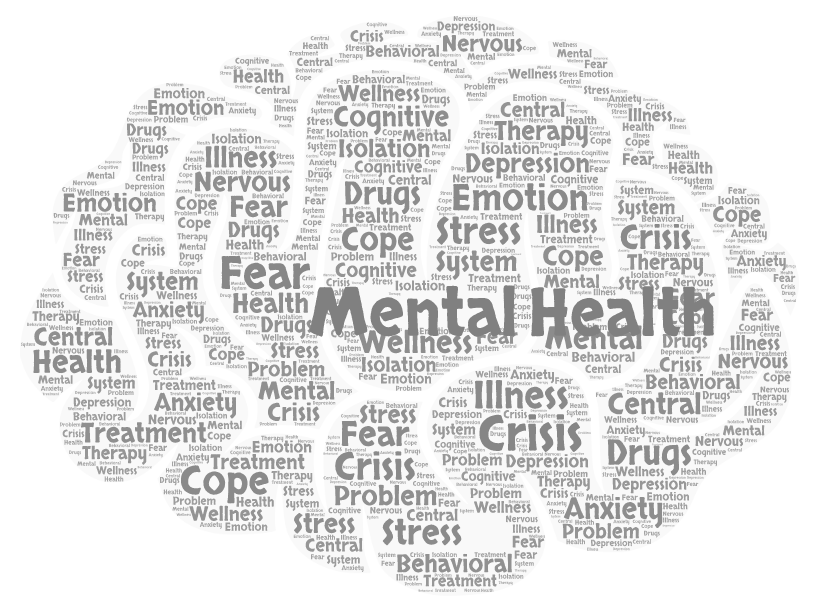 Mental health is a huge problem in the United States. About one-fifth of all Americans grapple with psychological disorders, and only half of them get treatment. The COVID-19 pandemic has exacerbated this problem, and more than half of all Americans report their mental health has suffered.

Each year, about 1.4 million Americans attempt suicide. And for every attempt, there is a shattered person and a family in crisis. Now imagine if this tragic number were to increase by 25% or more. What if two million Americans tried to take their own life? What would that do to our family dynamics, our children’s heath, our national spirit, our damaged economy?

This horrifying mental health trajectory is exactly the one we are on as a country due to the COVID-19 crisis, but it is not too late to alter this destructive path.

After the Great Recession, a mental health study found that for approximately every percentage point growth in the unemployment rate, the suicide rate in the country went up by about 1.6%. Losing a job can be emotionally catastrophic, undermining’s one’s identity and sense of self. Before the COVID-19 pandemic, unemployment was at an all-time low of 3.5%. As of early May, it had grown to an astronomical 14.7%, the worse level since the Great Depression. And according to the Bureau of Labor Statistics, the real jobless number, which includes those who have given up looking for work or are underemployed, is above 22%. The Treasury Secretary acknowledges that the jobless rate may be higher, above 25%. This is against a backdrop where suicide attempts have risen every year since 1999, growing over a third since the turn of the millennium.

While it is unclear at what level the COVID-19 induced unemployment ultimately settles, let’s assume a conservative (and worrying) range of 15-25%. This implies the rate of attempted suicides in America could increase by over 30%. Put another way, the 1.4 million Americans who try to take their own life could grow to well over 2 million.

Given this heartbreaking possibility, it would be logical to assume that federal funding for mental health would be increased dramatically. Sadly, this has not been the case. Congress passed a $2 trillion stimulus bill in response to COVID-19, the largest in US history, but only a tiny amount relates to mental health.

The clock is ticking. Here are three steps that could make a real difference.

First, mental health professionals have had a hard time bringing their practices online to reach those in need. Restrictions on licensing and reimbursement have been an impediment, even to the point of a therapist not being allowed to talk to patients on the phone. This is beginning to change. Federal regulators, followed by private insurers, have recently introduced waivers to broaden access to non-emergency services and committed to pay for telephonic medicine. The Centers for Medicare & Medicaid Services (CMS) now cover telehealth appointments, while HIPAA data privacy rules have been changed to enable the use of internet-based video calls to connect doctors and patients. These kinds of steps should be broadened to include all forms of mental tele-health, including therapy via email and messaging, and continue even after the COVID-19 crisis recedes. Further, technology firms that provide critical tele-health enabling services, like Zoom, Apple’s Facetime, and Microsoft’s Skype, should work with the mental health community to customize offerings to therapist’s needs.

Second, mental health therapy often takes place at community centers that are financially challenged and reducing their programmatic offerings.  Mental health organizations estimate that about $40 billion is needed to save such centers, and an additional $10 billion is needed to handle the COVID-19 related challenges – yet, only about $400 million has been provided. Congress needs to urgently increase funding.

Third, youth mental health disorders have been on the rise for years, doubling over the last decade. Further, 80% of those suffering receive no form of therapy. COVID-19 presents a grave threat to this worrying path, given that the mental health of young people is often related to their social interactions. Increased social isolation and loneliness are strongly linked with anxiety, depression, self-harm, and suicide attempts. And with schools and universities closed, access to mental health professionals has been curtailed. Technology can help. Social media providers should proactively develop peer support groups for students and youth and monitoring programs for signs of mental health emergencies, while parents could leverage phone-based apps for their children that enable screening and monitoring of anxiety and depression.

Mental health disorders and suicide attempts are rampant in the United States, and for too long they have been on the rise, with treatment under-funded at the federal level. This must change. We cannot let COVID-19 drive this silent crisis to a tipping point with catastrophic consequences.

← On the same page—for better or worse
How Should Leaders Decide? →

Investors, it seems, are resigned to following the main current of the river. That may be a good strategy for a boater looking to drift along effortlessly, but an angler knows that fishing in the same pool as everyone else rarely leads to anything except disappointment. END_OF_DOCUMENT_TOKEN_TO_BE_REPLACED

The pandemic should be bringing nations together in the face of our common threat. Instead we see nationalism and borders closing. So here is an inspiring reminder that 250 miles above Earth, we are all as one. END_OF_DOCUMENT_TOKEN_TO_BE_REPLACED

The transition to the world being created by COVID-19 was always going to be difficult for workers in the worst-affected sectors. The main question now is whether policymakers will take the steps – including apprenticeship programs and expanded funding for community colleges and technical schools – that are most likely to make it easier. END_OF_DOCUMENT_TOKEN_TO_BE_REPLACED