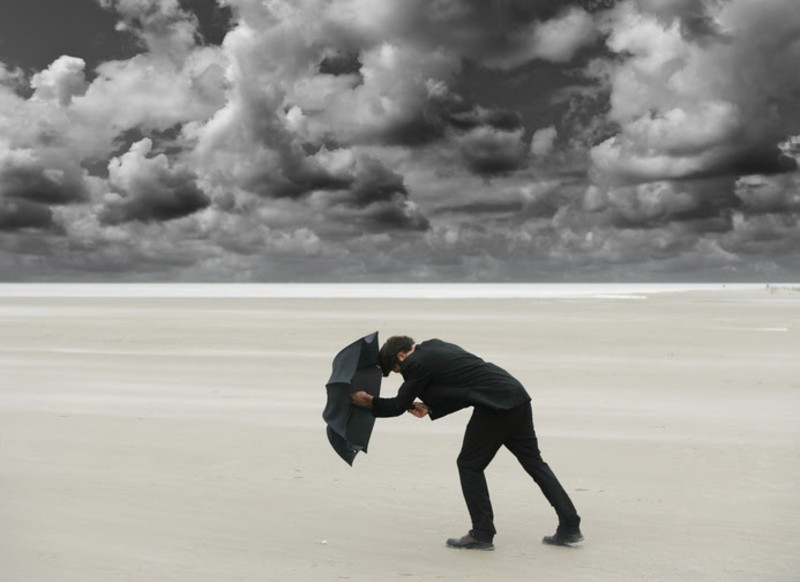 Markets recovered strongly in April. US equities enjoyed one of their best months since the 1930s, credit markets stabilized, and even depressed crude oil prices rebounded sharply.

For some, April’s performance heralds Wall Street’s adage, ‘sell in May and go away’. Warren Buffet, for one, sees nothing worth buying, though his remarks at his ‘virtual’ Berkshire Hathaway annual meeting last week appear to reflect a paucity of opportunity in credit fixed income, more so than in equity markets.

Sell in May? Stay away? Or remain engaged? To answer those questions, let’s review the factors behind April’s surge, the dynamics driving markets, as well as the economic and earnings landscape.

A number of factors helped markets recover last month. Fiscal stimulus, expansionary monetary policies, as well government and central bank backstops for credit markets calmed investor jitters. In the second half of April, more convincing signs of pandemic ‘curve flattening’ raised hopes that ‘stay-at-home’ orders could be relaxed, which would allow for some normalization of economic activity in the months ahead.

Yet as we have noted in this space before, headline market performance can obscure what is happening beneath the surface. Over the past month, as major markets rebounded sharply, US investors continued to reward ‘growth’, particularly for large-capitalization stocks, which outperformed the broader market (S&P 500). Investors were less enthused about ‘value’ and ‘high dividend’ strategies, which (along with ‘minimum volatility’ stocks) underperformed the broader market.

Energy was last month’s top-performing sector, with returns more than double that of the broader market. Consumer discretionary stocks also outperformed the index. Recall, however, that energy stocks had been pummeled by collapsing oil prices. Even after their recent bounce, the energy sector remains one of the biggest casualties year-to-date. Also, other economically sensitive sectors, including financials, industrials and real estate, continue to lag the broader market, while information technology and healthcare beat the overall index last month.

In short, despite an impressive headline performance in April, investors largely gravitated to a small number of the safest stocks, with solid long-run growth prospects. They remain wary of more cyclically sensitive companies and industries.

Will investors now broaden their risk appetite and embrace a wider array of companies that could benefit from rebounding economic activity?

Markets may not rapidly give back gains, but it is doubtful they will extend their recent advances either. Prevailing conditions indicate more downside risk than upside potential, driven by six distinct headwinds.

First, tensions between the US and China are on the rise again. Last Sunday, US Secretary of State Pompeo declared that there is ‘enormous evidence’ linking the Covid-19 virus to China’s Wuhan laboratory. That comment follows tough, anti-China rhetoric from President Trump at the end of last week, indicating a hardening of US policy. An escalation of political, economic or trade tensions between the US and China would weigh on market sentiment, which as noted above is fragile.

Second, the full extent of the economic damage wrought by the virus and measures to contain it is only now coming to light. The US economy contracted at roughly a 5% rate in the first quarter, even before the most stringent ‘stay-at-home’ measures were adopted. Soaring US jobless claims during April suggest the unemployment rate will soon breach 20%, if it has not done so already. Dire figures are being reported elsewhere, as well. The ripple effects from this level of unemployment in a consumer-driven economy will be profound.

Moreover, in the coming week a data deluge arrives. Eurozone manufacturing and US factory orders (Monday), US trade and US non-manufacturing ISM (Tuesday), Eurozone retail sales, Chinese manufacturing and trade (Wednesday), China foreign exchange reserves, Eurozone construction, US jobless claims and Japanese household consumption (Thursday) and the US employment report (Friday) will depict a global economic collapse the likes of which has never seen, exceeding in speed – if not magnitude – what occurred during the Great Depression. Take but one example: The consensus forecast for US job losses in April is some 22 million, implying that more than one in seven Americans lost his or her job in the span of just 30 days.

Third, the full extent of earnings damage is only now being recognized. Berkshire Hathaway reported a nearly $50bn loss in the first quarter. Amazon’s first quarter earnings were more than 20% below the consensus estimates, sending the stock tumbling 7%. Apple struggled to provide guidance. Recall, those are three of the largest and most stable US listed companies, ones that benefit from massive scale and enormous market power. Earnings hits for ‘ordinary’ listed companies are, like the economic data, likely to beggar belief.

Fourth, and related to a collapse of corporate profitability as well as to overall pandemic uncertainties, the recoveries of employment, income and demand are likely to be considerably more gradual than their April cliff-falls. Firms will be cautious to re-hire before demand recovers and households, even if they secure employment, will be slow to revert to old spending habits. Before normalcy returns, balance sheets – actual and mental – require repair.

Fifth, as investors peer beyond the immediate horizon, they must ponder a future of enormous credit uncertainty. Central bank backstops of credit markets are not open-ended commitments to lend to the private sector indefinitely. The responses of the Fed, ECB and other central banks were aimed at preventing the pandemic from becoming full-fledged funding or liquidity crises. Central banks are not offering guarantees against insolvency. Yet bankruptcy, debt-restructuring and debt forgiveness will be unavoidable consequences of the Covid-19 economic collapse.

Finally, equity markets cannot advance on an ever-narrower foundation of a few stocks. As several of the market’s mainstays reported late last week, the pandemic is taking a toll on their business, too. Unless the group of companies driving the indices changes, valuations and positioning will become problematic, if they are not already. But for fresh leadership to take over, most (if not all) of the challenges highlighted above will have to be addressed, which seems unlikely in the near term.

Sell in May? Trimming makes sense. Given the number of headwinds the markets face, it would be prudent to assume there will be volatility and dips ahead – and opportunity for those who have prepared.

← It Is Time For A Draft
Wanderers →

Rather than obsess over tax rates, investors should consider more broadly how economic, policy and political factors will shape the market outlook in the years ahead. END_OF_DOCUMENT_TOKEN_TO_BE_REPLACED

The S&P 500 is down more than 7% in September, the Dow Jones 6% and the Nasdaq Composite more than 10%, into correction territory.  END_OF_DOCUMENT_TOKEN_TO_BE_REPLACED

US President Donald Trump has seeded the investment environment with uncertainty, trashed America’s trade relationships, blown up the fiscal deficit, and left American workers worse off than they were when he took office. He is the polar opposite of Joe Biden, a politician who understands precisely what the US economy needs. END_OF_DOCUMENT_TOKEN_TO_BE_REPLACED