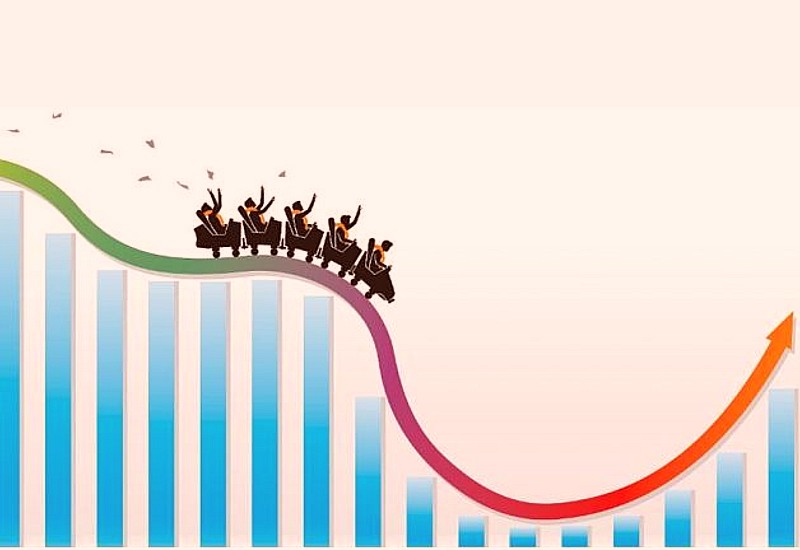 Spectator sports are back on the fields and courts, albeit without fans in the stands.  Sports-starved viewers are once again being treated to head fakes, tackles, the ecstasy of victory and the agony of defeat.

Investors know a thing or two about gains and losses, as well as head fakes. As they contemplate the positions in their portfolios for the final quarter of 2020, a key question many are asking is whether the most recent outperformance of cyclicals, value and small capitalization stocks heralds the arrival of much-anticipated rotation or whether it is a ruse designed to wrong-foot markets.

We are not convinced. This looks more like a head fake.

This past week, major equity indices finished marginally lower. And Monday has kicked things off with a bang. As of writing, the Dow is down over 900 points, with the S&P 500 and Nasdaq also plummeting. We have written that September is historically a cruel month for the markets and 2020 is proving no exception. The S&P 500 is down more than 7% in September, the Dow Jones 6% and the Nasdaq Composite more than 10%, into correction territory. Once again, bad news about the pandemic (spiking cases in a number of countries, with possible coming lockdowns), along with political dysfunction making new stimulus deals look less likely, are to blame.

Those moves are uncommon for 2020, where mega-capitalization stocks have out-shown all other allocations, and in particular cyclicals or value. That continues a decade-long trend, where Growth has outperformed Value by over 150%.

It is difficult to conclude that the most recent episode of stock market rotation reflects rising optimism about pandemic control or policy support for the economic recovery. Although the Trump Administration has touted the arrival of an effective vaccine, medical experts and public health officials in other countries are more cautious about the timing and efficacy of vaccines now in trial and, especially, about enormous challenge in vaccinating large segments of the population. Production, distribution and popular acceptance of any vaccine are major hurdles, much less for a vaccine brought to market at ‘warp speed’.

And the facts cannot be ignored: the US will imminently reach the grim milestone of 200,000 deaths, with over 400,000 projected by the end of the year. This means that in the last nine months of 2020, more Americans will die than in all of World War II.

Meanwhile, US fiscal policy remains hostage to partisan politics, with the impasse now likely to last at least until the November elections if not until the January inauguration. The passing of the legendary Justice Ruth Bader Ginsburg, the Trump Administration’s determination to nominate a new justice, and Senator McConnell’s stated intent to bring the nominee to a Senate vote before the election is sure to only inflame the already corrosive political landscape.

A rotation head fake is also reinforced by the observation that other market indicators are not signaling much optimism about a broader-based economic and earnings recovery. This past week, global government bond yields finished unchanged and yield curves remain flat. The dollar also languished. Meanwhile, a traditional cyclical—European financials—slumped to their lowest levels since May. Only copper prices, which have climbed to two-year highs, signal recovery, albeit with support from a still-soggy US dollar and mostly reflecting re-opening prospects in China, which continues to manage the pandemic effectively.

Investors are also less-than-impressed with the Fed’s latest statements. Equity markets struggled at the end of this past week after Chairman Powell indicated that the Fed was delivering a ‘powerful’ message via its intention to leave rates on hold for the coming three years, with the intention of pushing inflation above its 2% target. But markets saw that as a head fake, noting that the Fed’s language was not backed up by further balance sheet expansion and asset purchases.

This week the Fed has ample opportunity to work on its moves. A slew of Fed governors and regional presidents have speaking engagements and Chairman Powell provides testimony to Congress from Tuesday to Thursday. Investors will also focus on flash estimates of manufacturing surveys to see if global economic momentum held up at the end of Q3. US home sales, which have surged due to historically low mortgage rates, are also on tap.

Overall, we do not believe the equity market are ready for a convincing shift toward more cyclical sources of earnings. Low bond yields and the Fed’s commitment to a very-easy policy leave investors with few options to global equities. Mega-capitalization information technology stocks remain an attractive defensive position in a world of pandemic and pollical uncertainty. Yes, they are widely held and subject to some risk of re-positioning when their price momentum falters, as has been happening. And recent shifts to other styles and sectors appear tentative, unconvincing and subject to whipsawing given the uncertainties of pandemic control and political risk.

For the last 50 years, September has always been a difficult month for the markets. The pattern continues.

← The Economic Case for Biden
Taxes and the Markets →

Rising nationalism raises a significant risk that the UN system’s structure and institutions, essential but in need of repair and rejuvenation, may instead be left to decline, decay, and even collapse. Such an outcome would be tragic, not just for those institutions but for all of humanity. END_OF_DOCUMENT_TOKEN_TO_BE_REPLACED

America stands at a critical turning point in its history, where the gathering storm clouds of four distinct crises have formed and are converging to threaten the nation. A looming economic crisis, the COVID-19 pandemic, escalating conflicts in America’s great power rivalry with China, Iran and Russia, and rising social unrest within its own borders have combined into a potentially severe stormwall of risk for the United States. END_OF_DOCUMENT_TOKEN_TO_BE_REPLACED

A common misperception is that Democrats are bad for markets. Such fears find little foundation in fact. END_OF_DOCUMENT_TOKEN_TO_BE_REPLACED