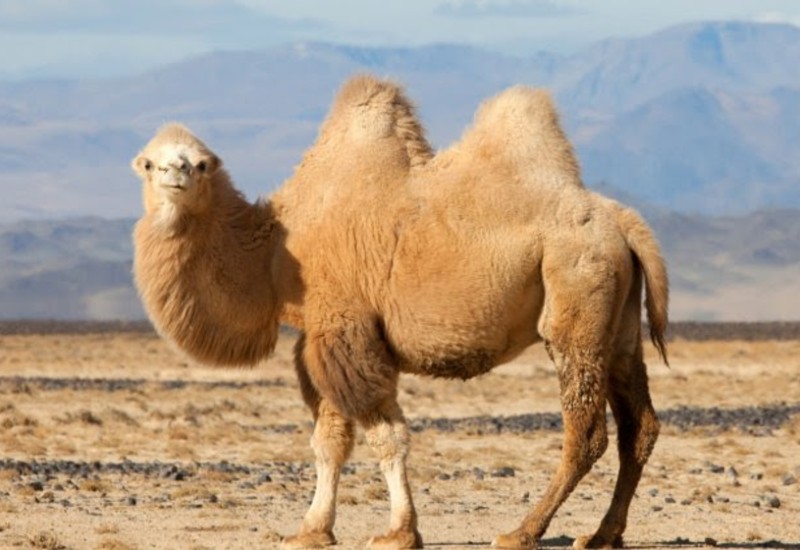 Bactrian camels originate in the Gobi Desert spanning Mongolia and China. More commonly known as ‘two humped’ camels, they are rarer than their single-humped dromedary cousins of the Middle East and North Africa.

Statistics have their own humped varieties. The most common is the normal distribution, a single prominence flanked by symmetric tails that maps the probabilities of various outcomes. ‘Normality’ is typically assumed in financial models (despite much evidence that asset prices exhibit ‘fat tails’) in order to describe how stocks or bonds ought to perform. Occasionally, however, investors are confronted by a binary distribution, akin to and as perplexing as the lateral exposure of a Bactrian torso.

Binary statistical distributions arise when two outcomes have roughly equal odds. When those outcomes present polar opposites—say, rising or falling stock markets—the understandable inclination is paralysis. As 2020 draws to a close, investors are confronted with a binary challenge. Might they also become paralyzed, or is there a way out?

The positive ‘hump’ in today’s binary distribution stems from sound public policy. Additional rounds of supportive fiscal stimulus, declining political risk premiums and the development and distribution of an effective Covid-19 vaccine encapsulate the primary sources of positive policies that may propel stocks and other risk assets higher in the coming months.

The second ‘hump’ threatens precisely the opposite outcome—a sharp market correction. It is metaphorically intertwined with a second wave of Covid-19 infections as cooler weather in northern climes pushes citizens indoors. Once again, public health resources would be at risk of being overwhelmed and economies could again teeter on the edge of double-dip recession.

(Very) long-term investors can and should look beyond near-term sources of volatility and uncertainty. In the long run, staying the course and remaining invested is best. But for many market participants, who are constrained by liquidity and face prospective draws on capital or are judged on shorter-term performance, the binary outcomes described above are frighteningly relevant. What should they do?

The first thing is look at the data for clues about how probabilities are shifting. For instance, the odds of supportive US fiscal stimulus extending well into 2021 is clearly a function of the US November elections. A ‘clean sweep’ by the Democrats will remove ‘gridlock’ after January 2021, paving the way for ongoing spending relief, if it is required. The latest data suggest those odds have sharply risen, with polls of polls indicating 85% chances of a Biden victory accompanied by two chances in three that the Democrats will also wrest control of the US Senate. Perhaps in recognition of his sagging re-election chances, President Trump has again reversed course and now supports a second package of fresh spending. In his latest public remarks, Fed Chairman Powell has unambiguously made the case for more fiscal stimulus.

A November ‘clean sweep’ would have a second salutary impact on markets: A decisive win would remove the risk and uncertainty of a contested election.

Of course, polls and prediction markets are not foolproof, as the Brexit referendum and 2016 US presidential outcomes underscore. But the yawning gaps in today’s polls, alongside evidence of surging US voter participation, suggest the odds of a major surprise have dwindled.

In contrast, investors have much less useful data to judge the probability that a successful vaccine will soon be developed, mass produced and broadly accepted by the public. While unprecedented financial and intellectual resources are being devoted worldwide to vaccine development and testing, the history of vaccines is not promising as regards a ‘quick fix’. Over the coming half year and probably longer, effective pandemic containment will instead depend on appropriate behaviors.

Various countries, mostly in Asia, have shown that mask-wearing, social distancing, testing and tracking can keep infection rates low enough to enable greater economic re-opening. But those lessons appear to have fallen on deaf ears in parts of the UK, France, Spain, the US and Brazil, where positivity rates are high or rising, threatening to strain public health resources, which could necessitate a second round of damaging economic lockdowns.

For investors, those Covid-19 statistics, and the inferences that can be drawn about growth and earnings risk, are also readily available.

In short, based on what can be measured, investors are confronted with a double hump of contrasting possible market outcomes.

More clever minds may cobble together strategies embedding options and structured products that alluringly offer opportunities to benefit if markets rise and protect portfolios if they instead fall. Typically, however, such approaches are expensive and complex routes to mediocre performance.

Patience, balance and intrinsic value are underappreciated attributes of sound investment decision-making. When confronted by uncertain outcomes, investors need to be patient, willing to accept near-term volatility as the price for longer-term reward. Portfolio balance, incorporating a well-designed blend of styles, sectors and asset classes, typically dampens volatility and improves returns for a given level of risk. Holdings comprised of fundamentally sound assets—intrinsically valuable business models rather than speculative ventures—improve the odds of outperformance.

Camels’ humps, whether one or two, store valuable water, crucial for an animal crossing arid deserts in search of the next oasis. Recently, investors have been crossing a pandemic-strewn wasteland in search of oases of political and public health stability. In undertaking their journeys, they would be well advised to set out with carefully thought-through portfolios. As camels know, that can make all the difference.

Rising nationalism raises a significant risk that the UN system’s structure and institutions, essential but in need of repair and rejuvenation, may instead be left to decline, decay, and even collapse. Such an outcome would be tragic, not just for those institutions but for all of humanity. END_OF_DOCUMENT_TOKEN_TO_BE_REPLACED

America stands at a critical turning point in its history, where the gathering storm clouds of four distinct crises have formed and are converging to threaten the nation. A looming economic crisis, the COVID-19 pandemic, escalating conflicts in America’s great power rivalry with China, Iran and Russia, and rising social unrest within its own borders have combined into a potentially severe stormwall of risk for the United States. END_OF_DOCUMENT_TOKEN_TO_BE_REPLACED

A common misperception is that Democrats are bad for markets. Such fears find little foundation in fact. END_OF_DOCUMENT_TOKEN_TO_BE_REPLACED